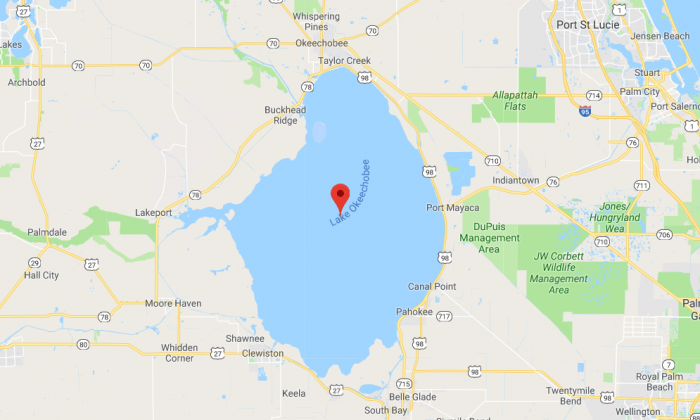 The body of a missing 38-year-old fisherman from Florida was found by a commercial vessel on Wednesday, Jan. 10.

Nik Kayler, an army veteran, husband, and father, went missing during a fishing tournament on Lake Okeechobee last Thursday on Jan. 4. His story gained widespread attention after it was first reported.

The Florida Fish & Wildlife Conservation Commission told the Palm Beach Post in an email that his body was found “in the vicinity of the Clewiston water tower on the lake.”

Friends and family gathered Wednesday morning to comfort each other.

“It’s been rough, but we got him home,” Nik’s brother, Phil Kayler said. “It’s not what we would have liked, but we’re at ease right now,” the newspaper reported.

According to CBS12, Kayler vanished after strong waves knocked him out of the boat he was on during the first day of the Fishing League Worldwide’s three-day Costa Series tournament on Thursday.

His fellow angler, Bill Kisiah, 51, was also knocked into the waves but managed to get back on.

“Both of them were ejected in the water,” Florida Fish and Wildlife Conservation Commission spokeswoman Carol Lyn Parris told the newspaper. “He (Kisiah) was able to get back into the boat. He got the boat to Pahokee Marina.”

Kisiah tried to save Kayler but was unable to.

“Efforts made by Mr. Kisiah were unsuccessful, as he was unable to recover his passenger due to suspected engine damage and conditions,” a report by the commission stated. Weather officials said winds on that day made the lake choppy, according to the newspaper.

Tournament organizers canceled the rest of the bass-fishing event on Friday.

Authorities, fellow boaters, and volunteers frantically searched the large lake since last week. According to the Palm Beach Post, the lake is about one-third as big as all of Palm Beach County.

On Monday, Jan. 8, a former water survival instructor said he was still holding out hope on Kayler’s status. Anthony Llanos said Kayler had undergone survival training and survived a similar stranding a few years back. He added that Kayler was also in top shape.

Kayler’s family had offered a $10,000 reward for his recovery. In addition, another competitor in the tournament set up a GoFundMe page to help the family. The goal was set at $15,000.

According to the Palm Beach Post, the money-raising page collected over $20,000 in one day. By Wednesday afternoon, it was over $42,349.

“For the people that can’t help look I’m sure everything is appreciated. Let’s show our support and take something off his family’s mind,” the page’s description states.