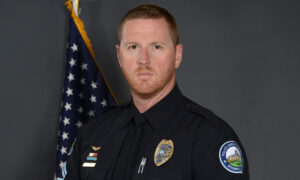 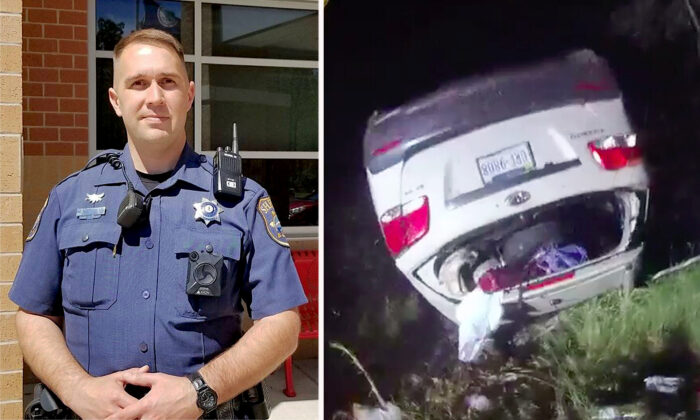 When a Gloucester County Sheriff’s Deputy saw a vehicle spun off the road, he immediately sprang into action. By summoning all his strength to lift a car for a woman with her head trapped beneath the sunroof to crawl free, he saved her life.

Holt was assisting Virginia State Police with a suspected DUI accident on May 7 and was en route to a hospital when he witnessed the car spin. “I was on the scene,” he told 13 News Now. “I observed the vehicle upside down with one of the juvenile occupants outside.”

In body cam footage, Holt is seen running to the car following the youth’s cry that his mother was trapped inside. First freeing another smaller child from inside the car, Holt heeded his screams: “He said she can’t breathe … and at that point her head was pinned underneath the vehicle,” Holt recalled.

Then, the deputy’s body camera lens gets obscured, but the audio tells an incredible story. Unassisted, Holt wedged his shoulder into the doorframe of the upturned car, and braced.

Surprisingly, it worked; Holt managed to create enough clearance for the woman to free herself and start breathing again. She was taken to a hospital for medical assessment.

On May 18, Gloucester County Sheriff’s Office released the body cam evidence of Holt’s “tremendous act” on Facebook, where netizens quickly hailed him a hero.

“Through sheer will and determination due to fearing the female may succumb to her circumstance in front of her panic-stricken child, Deputy J. Holt took quick action and was able to physically lift the vehicle up enough for the driver to maneuver her head out to safety,” they wrote.

The driver was later identified as 50-year-old Channelle Parker, Good Morning America reported. Parker was charged with driving under the influence, a hit-and-run before her own car crash, and holding a cellphone while driving.

Despite all the praise Holt has received from netizens, he maintains he’s just an average cop. However, history may prove otherwise.

In March 2020, the deputy—who has served in Iraq and for the Virginia Army National Guard—pulled two people from a burning building, saving their lives. He has received both local and regional Top Cop Awards from the Greater Hampton Roads Regional Crime Line for his bravery in February 2021.

“It’s what we do, and thinking of doing anything different is, you know, out of the question,” Holt added.