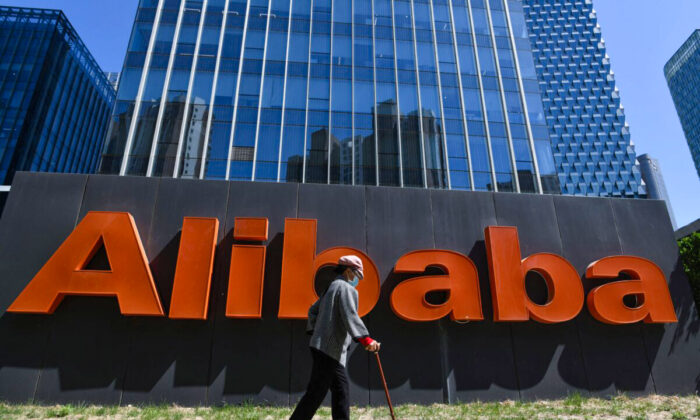 A woman walks past an Alibaba sign outside the company's office in Beijing, China, on April 13, 2021. (Greg Baker/AFP via Getty Images)
Analysis

BlackRock Wants Investors to Increase China Exposure, Should You Follow?

BlackRock, the world’s largest investment manager, with more than $9 trillion in assets under management, recently made a very contrarian call.

The investing giant argued that China is no longer an emerging market, and as such, investors need to boost their investments in Chinese stocks and bonds.

BlackRock’s latest bullish call on China follows a research report it issued in May, which also argued that the Chinese stocks and bonds allocation in global benchmark indices is too low. In that report, BlackRock said that global economic growth is becoming increasingly bipolar, led by the United States and China at opposite ends of that spectrum, and investors need exposure to both in almost equal measures.

Goldman Sachs recently cut its rating on several Chinese firms, while UK hedge fund Marshall Wace has questioned whether Chinese stocks are investable in the near term.

So should investors trust BlackRock, the world’s largest asset manager, and double down on their Chinese investments?

First, let’s examine BlackRock’s motives and incentives. Its CEO, Larry Fink, has been trying to cultivate a strong relationship with Beijing for many years. BlackRock in June became the first U.S. asset manager to receive approval to establish a mutual fund business in China, a position “we are honored to be in,” Fink said in a statement at the time.

The firm’s flagship BlackRock China Fund, which has positions in Tencent, China Merchant Bank, and electric vehicle maker Xpeng, had assets under management of more than $1.5 billion as of Aug. 20. BlackRock also runs a China bond fund that invests in a variety of China fixed-income products, including onshore and offshore RMB-denominated bonds, as well as USD-denominated offshore bonds.

In other words, BlackRock would be well-incentivized to drum up support for investing in China—it earns fees and other revenues from investors who put cash in its funds.

Looking beyond the sales pitch, let’s also examine the substance of investing in China.

On the surface, investing in China may seem attractive. It has the world’s largest population, the No. 2 economy, its second-biggest financial market, an expanding middle class, an internet-savvy populace, and unbound consumerism. All of these are good factors for investment.

But there are significant detractors that make investing in China risky and unappealing.

First, U.S. retail investors buying American depositary receipt (ADR) shares of Chinese companies listed on U.S. exchanges aren’t really buying what they think they’re buying. A share of BABA isn’t owning a share in the actual Alibaba operating company, which is the biggest online retailer in China. A share of BABA is a piece of an offshore holding company, or variable interest entity (VIE), that has a legal construct with the Chinese operating company that grants the offshore VIE a share of Alibaba’s profits. In other words, it’s synthetic ownership because China has banned foreign ownership in certain domestic industries. In addition, VIE structures aren’t officially recognized by the authorities and may be illegal under Beijing’s regulatory regime. But for now, it has worked for the past 20 years.

In addition, the Chinese Communist Party (CCP) has begun a series of regulatory reforms—in other words, crackdowns—targeting foreign listed companies. Numerous companies have been affected across industries such as education, internet, and transportation. Many of these companies have seen their shares listed in Hong Kong or New York tumble in recent weeks. Sudden regulatory shifts, which in some cases threaten the very existence of companies’ business models, pose a significant risk to foreign investors accustomed to the relatively stable regulatory regimes of the West.

More recently, the CCP has hinted that the “pseudo-capitalism” it peddled over the past 20-plus years may require some drastic changes.

In August, the Central Committee for Financial and Economic Affairs outlined a series of edicts to ensure “common prosperity” within Chinese society. In a report by state media Xinhua, the guidelines seek to promote earnings equality, reduce excessive earnings, and encourage high earners and enterprises to give back to society, the report summarized.

As with most CCP guidelines, specificity was lacking. But such a change in tone could be detrimental to the financial earnings of for-profit corporations, especially if Beijing begins mandating donations or other social welfare taxes upon private companies. In other words, the unbridled money-making policy of the past two decades appears to be ending.

Chinese economists have recently discussed the possibility of a real estate property tax—something common in the United States but that didn’t exist in China for most private homeowners. Such taxes, if enacted, could be destructive to the real estate industry and China’s highly leveraged property developers whose dollar-denominated bonds are a popular investment with foreign investors.

Another recent development, which is seldom reported, strikes at the very core of China’s “pseudo-capitalist” system: the CCP appears to be tightening its control over private companies in increasingly draconian ways.

The Information, a U.S. tech site, reported that one Chinese government entity recently took a small ownership stake and a board seat in a subsidiary of ByteDance, the parent company of the popular social media platform TikTok.

A separate report noted that the CCP recently took a stake and a board seat in Weibo, which runs China’s Twitter-like website, according to an SEC filing. Weibo is traded on the Nasdaq stock exchange in New York. ByteDance isn’t publicly traded but is partially owned by U.S. venture capital firms.

Many privately held companies in China already have Communist Party committee cells, and this development suggests that the CCP will assert more direct influence over companies’ culture, policies, and business strategy.

The CCP’s recent actions have even forced giant Chinese corporations to proactively warn investors of further regulatory risks. Tencent President Martin Lau said on an investor call in August that a variety of more stringent regulatory measures may be coming.

All of this isn’t to say that China has zero merit from an investment perspective. But before acting on any “expert” advice, investors must do their own due diligence and carefully examine these risks.