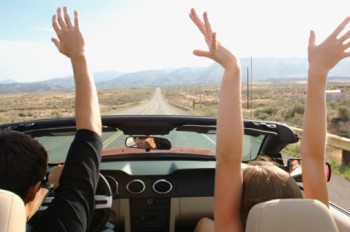 Too much positive emotion in the wrong context can act negatively on people’s health, according to a new article in the August edition of Current Directions in Psychological Science journal.

Bipolar disorder, also known as manic depression, is a psychiatric condition characterized by mood swings in which sufferers alternate between periods of depression and mania, for example extreme self-confidence, irritability, increased energy, and less sleeping.

Psychologist June Gruber at Yale University examined the extreme positive emotions experienced by people in remission from bipolar disorder in a series of different contexts.

“The fact that positive emotion has gone awry is something unique about bipolar disorder, as almost all other emotional disorders are characterized by difficulties in negative emotions,” said Gruber in an Association for Psychological Science press release.

Whilst watching a positive, sad, or disgusting film, people with a history of bipolar disorder reported greater positive emotions than those who had never been diagnosed with the condition.

However, extreme positive moods have influenced people to engage in ambitious, reward-seeking behavior, such as taking dangerous risks, and running up credit card debts. According to Gruber, some sufferers even think they have special powers.

Risks of bipolar disorder were also shown for healthy participants who had the same high levels of positive emotions across positive, negative and neutral situations of the study.

Gruber said psychologists should be aware that positive emotions can also have drawbacks in people without a history of bipolar disorder.

“Although positive emotions are generally good for us, when they take extreme forms or when they’re experienced in the wrong context, the benefits of positive emotion begin to unravel,” she said.

“[The goal is to] experience it in moderation, in the right place and time.”