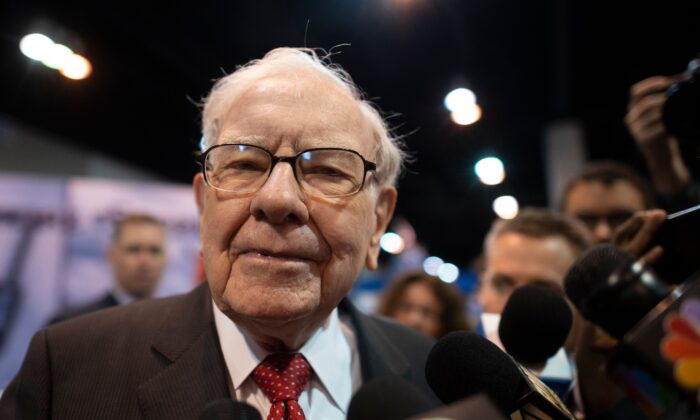 Warren Buffett (C), CEO of Berkshire Hathaway, speaks to the press as he arrives at the 2019 annual shareholders meeting in Omaha, Neb., on May 4, 2019. (Johannes Eisele/AFP via Getty Images)
Economy

Known as the ‘Oracle of Omaha,’ Warren Buffett claims that the coronavirus pandemic “is not the worst you can imagine” and predicts a new one
By Entrepreneur

The American billionaire Warren Buffett, known as the ‘Oracle of Omaha,’ is sure that in the future a new pandemic will come that could be worse than that of COVID-19, because despite the lessons that this experience has left us, people would not be prepared to face it either.

It may interest you: Warren Buffett donates $ 4.1 billion and retires from the Gates Foundation

This week, during CNBC’s ‘Buffett & Munger: A Wealth of Wisdom’ show, the CEO of Berkshire Hathaway predicted that “there will be another pandemic.”

“We know that there is a nuclear, chemical, biological and now cyber threat. Each of them has dire possibilities,” Buffett said. “It doesn’t seem like it’s something that society is fully prepared to deal with,” he added.

The businessman, who ranks ninth in the Forbes billionaire ranking, revealed that the main lesson that the coronavirus has taught him is that the world is not prepared to deal with emergency situations.

“I learned that people don’t know as much as they think they do. But what is most learned is that the pandemic could be seen coming, and that this is not the worst that can be imagined,” said the 90-year-old magnate. “Society has a hard time preparing for remote situations, which are possible and will happen sooner or later.”

Also read: Bill Gates warns that a next pandemic could be 10 times worse

In the same program, the businessman affirmed that the economic consequences of COVID-19 are falling disproportionately on small businesses, since the impact has been extremely uneven. “Many hundreds of thousands or millions of small businesses have been hurt terribly,” he said.

The billionaire noted that the pandemic “is not over,” but that most companies are doing well. In particular, he referred to the automotive companies, for which, in his opinion, the virus was “a fabulous success that they did not anticipate,” recalling that the sector has registered record profits thanks to the reopening and the reduction in supply derived from chip shortage.

“(The pandemic) has been very unpredictable, but it has worked better than expected for most people and most companies. And simply, through no fault of their own, it has decimated all kinds of people and their hopes,” he added.

The iconic investor acknowledged that he did not also have moments of financial uncertainty, as he did not know what was going to happen to his airlines BNSF Railway and NetJets. However, amid all the chaos, he focused on supporting other companies so that they would not have to resort to government aid to survive. “We remind them that they had a rich brother,” said the millionaire.