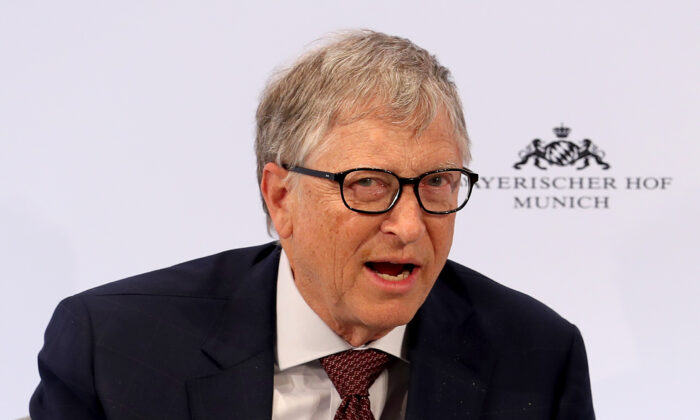 Microsoft Corporation co-founder Bill Gates revived his stance on cryptocurrencies or non-fungible tokens (NFTs) on Tuesday, further clarifying prior remarks on why he doesn’t own any form of digital currencies.

Speaking at a TechCrunch talk on climate change on June 14, the business magnate described the asset class as 100 percent “based on the greater fool theory,” adding that he prefers to invest in assets with tangible outputs.

“Obviously, expensive digital images of monkeys are going to improve the world immensely,” Gates told the session jokingly, sarcastically referring to the Bored Ape Yacht Club NFT collection (BAYC), which has well over 6,000 holders and also attracted celebrity endorsements, including singer Madonna, who acquired her own NFT earlier this year.

“I’m used to asset classes like a farm where they have output or a company where they make products,” the billionaire said. “I’m not involved in that. I’m not long or short,” he added, referring to holding no position in digital currencies.

Gates has previously held crypto in contempt during a “Reddit Ask Me Anything” session in mid-May, revealing he doesn’t invest in the digital asset because it isn’t “adding to society.”

“I don’t own any,” he wrote on May 19. “The value of companies is based on how they make great products. The value of crypto is just what some other person decides someone else will pay for it so not adding to society like other investments.”

Gates’s stance on digital assets appears to have turned more skeptical over the last year. In February 2021, he said during an interview with CNBC that he’s “neutral” about Bitcoin, noting that moving money into a more digital form to bring down transaction costs was a good thing.

Later that week, he criticized the digital asset, warning people against investing in cryptocurrencies if they have less money than Tesla Inc. CEO Elon Musk.

“Elon has tons of money and he is very sophisticated. If you have less money than Elon, you should probably watch out,” Gates at the time, Benzinga reported.

Gates hasn’t been the only influential U.S. figure who has expressed his opinions on NFTs. Earlier this year, rapper Kanye West urged fans to stop requesting that he’d make NFTs.

“Stop asking me to do NFTs,” the Grammy-winning rapper wrote on Instagram in late January. “I make music and products in the real world,” he added.

Unlike Bitcoin or any kind of fungible cryptocurrencies, NFTs are unique in the sense that they can’t be replaced. Bitcoin can be traded, and you will probably end up with the same currency. NFTs are one-of-a-kind trading tokens that if you trade one for another, you will receive a token different from the one you gave away.

The token can digitally represent any real-world objects such as artwork, music, and memes. NFTs are non-fungible and are bought and sold online using the cryptocurrency of the Ethereum blockchain, the second-biggest token.

NFTs have gained traction over the past years, prompting celebrities to cash in on the hype, including award-winning director Quentin Tarantino who auctioned off several uncut scenes from “Pulp Fiction” as secret NFTs in November 2021.