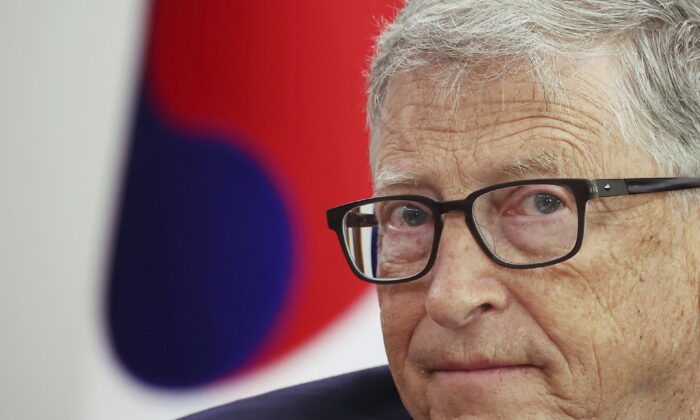 Bill Gates is investing in an Australian startup focusing on reducing methane emissions from cows through a lab-grown feed additive, with the company planning to use the funds for commercial trials and setting up manufacturing, even as experts question the practicality of methane-focused scientific pursuits.

Gates-led Breakthrough Energy Ventures LLC (BEV) was part of a $12 million phase-2 seed funding for Perth-based Rumin8, which is developing a livestock supplement made from synthetically replicated bromoform, which is the active ingredient found in red seaweed. The supplement is said to result in less gas and indigestion among cows, thereby lowering methane emissions.

“Our laboratory results continue to yield excellent results, our animal trials are reflecting the laboratory results, and the financial modeling we are undertaking is indicating we will be able to supply our products at a commercial price point,” said Rumin8 managing director David Messina, according to Smart Company.

Livestock is estimated to account for one-third of man-made emissions of methane and is believed to be a key contributor to “global warming.” By providing cows with seaweed in their feed, it could lead to a 98 percent reduction in their methane emissions, according to one study.

Meanwhile, some experts warn against too much focus on combating methane emissions. In a write up at The Epoch Times in November, Peter Castle, who has broad experience in the oil and gas, energy, and other process industries, warns that measures to combat methane emissions in activities like agriculture can “outweigh the benefits.”

The half-life of methane is estimated to be roughly 10 years. Around 600 million tons of methane are produced and consumed annually, he notes.

“It is consequently an overstatement to consider cattle emissions ‘anthropogenic’ since it has been happening for all of known history.” Anthropogenic is an adjective that refers to changes in nature as a result of human activity.

Rumin8 has now raised $25 million from two rounds of seed funding, with the money set to be utilized for quickly commercializing operations. The Perth-based company plans to build its first manufacturing facility.

Rumin8’s product is made from naturally occurring compounds that are said to have anti-methanogenic properties.

The product reproduces the bioactive contained in red seaweed called bromoform that can disrupt the enzymes of gut microbes which exist in the animal’s stomach. These microbes are responsible for generating methane gas during the digestion process.

The bioactive compound has been shown to cut down methane production in livestock rumen by up to 95 percent.

The phase-2 funds will be used for commercial trials in Australia, United States, Brazil, and New Zealand. By the middle of 2023, Rumin8 plans on establishing a pilot plant capable of producing 25,000 doses of its product per day.

“The demand for sustainable protein has never been more apparent, which is why BEV is keenly interested in reducing methane emissions from beef and dairy,” said Carmichael Roberts, who co-leads the investment committee at BEV, according to Business News Australia.

“Rumin8 offers a low-cost, scalable toolbox that has already proven to be effective in reducing emissions. Our team will support Rumin8 in working closely with farmers to expand the reach of this solution globally.”

However, many commentators are denouncing the surge of climate activism focused against methane. “‘Burp-catching mask for gassy cows, designed to reduce methane emissions and slow down climate change, wins prestigious Prince Charles Prize.’ They will look back in 200 years and wonder how we collectively lost our minds,” Aaron Kheriaty, senior scholar at Brownstone Institute, stated in a tweet on Jan. 19.