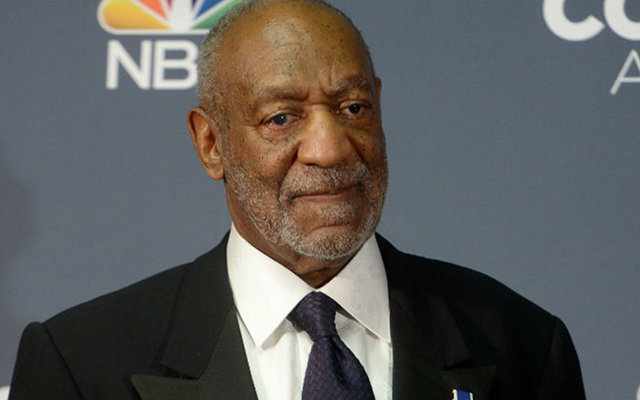 The year was 1971 and a new independent film catering to Black audiences hit the theaters.  It was Melvin Van Peebles Sweet Sweetback’s Baadasssss Song (more commonly known by the abbreviated title Sweet Sweetback), and the film was rated X.

The film was a success.  It was the tale of a Black man who was raised in a brothel and loses his virginity at the age of 12. The ladies of the brothel dub him Sweet Sweetback due his large genitalia and sexual prowess.  This is how he ends up earning his daily bread.  Later, as a grown man, Sweetback is hunted by law enforcement for a murder that he did not commit, and also beats up two police officers in the process.   This is the story of a Black man on the run from “The Man.”   In the end Sweetback does indeed triumphantly escape into Mexico.

Van Peebles as well made out triumphantly with this film.  Written, produced and directed by Van Peebles, the film was made for 500k, and the film ultimately grossed about 15 million, proving to be well worth the filmmakers investment of sweat and stress.  He found a  young aspiring musician named Maurice White with an unknown band named Earth, Wind and Fire to do the soundtrack.  He did his own stunts.  He hired non-union laborers.  It all paid off.  The film was a success.  What ensued in the years to come were scores of Black exploitation productions that served little to no value to its targeted Black community.  All of them following the lead of Van Peebles’ Sweet Sweetback.

The most troubling aspect of this creative work was that Van Peebles boldly asserted that he wanted to make a film that reflected the real experiences of Black folk.   Surely he was jesting… but he was not.  That being said, I’d like to assert that the events and characterizations were not the real experiences of the Black people that I knew and grew up with, nor an experience that I would want my children to think was the norm within my Black community in the early 1970’s.

Sweet Sweetback was a sexually-infused, caricatured disgrace that served as no favor at all to the Black community.  The last thing Black America needed coming out of the heels of the turbulent 1960’s was a sensationalistic x-rated film depicting a super-sexual, negro-on-the-run.   An x-rated piece of art that young Black children were exposed to and did indeed talk about.  Yes, this was what we needed in our middle-class communities, our working class communities, and  in our spiritually decaying ghetto’s… images of Black women as whores and Black men who don’t work for a living.

This production was one of the most foul creative efforts ever to fruit within the Black community. That’s my story and I’m sticking it.  But I’m going to have to get back to the subject of Sweet Sweetback in just a few.

Allow me to fast forward to the year 2007.  Entertainment icon Bill Cosby pens a book called Come On People.  The book is co-written by the esteemed Dr. Alvin Poussaint.  Cosby and Dr. Poussaint toured the country promoting the book, and allegedly spent three years holding town meetings in Black communities to urge Black Americans to work towards a path that will render them victors instead of victims.   I personally embraced this book rather favorably.  Certainly it was true that Black Americans needed help.   Black males in particular since the population of fatherless homes had exponentially increased after 1950.  That being noted, a faction of Black Americans took issue with Cosby’s scrutiny of the Black community.  What had he contributed to the Black community that would give him license to publicly air their failings?

Bill Cosby came on to the entertainment scene as a fresh young stand-up comedian in 1960.  From there his career took off, and in six decades there has been no lull in his popularity. While Cosby enjoyed two decades of ground-breaking super-stardom prior to his 1980’s Cosby Show, it is indeed The Cosby Show that serves as the stand-out of his illustrious career. But prior to The Cosby Show Bill Cosby enjoyed a career as a stand up comedian with seven Grammy-winning albums, became the first Black male to star in the scripted television adventure drama, I Spy,  pioneered a Saturday morning children’s cartoon show called Hey, Hey, Hey, It’s Fat Albert, and from 1969-1971 starred in is own sitcom called The Bill Cosby Show.  The Bill Cosby Show starred Cosby as a high school physical education named Chet Kincaid. The show introduced a myriad of up and coming actors and actresses the likes of Cicely Tyson (who portrayed a love interest),  and a young Mark Hamill.

Hence, it remains that while The Cosby Show was indeed the crowning glory of Cosby’s career, it should be recognized that Cosby had indeed already been basking in the splendor of superstar status for an entire 20 years prior to this show.  It was this superstar status that garnered him the opportunity to portray Cliff Huxtable and become America’s Dad.  The point here is that while many speak as if Bill Cosby has enjoyed his pristined and pedestaled  image for the past 30 years, I assert that Cosby has been enjoying being at the top of his craft for the utter entirety of his 54 year career.  This is an amazing career.

Fast forward again to another young comedian in 2014.  Hannibal Buress asserts in his stand-up routine that while Cosby loftily preaches about being a clean comedian, that he should remember that he is also an alleged rapist.  Soon after a firestorm erupts within the entertainment community.  The accusations were not new.  One of the alleged victims, Tamara Green,  sat down and spoke with Matt Lauer on The Today Show nearly a decade ago in 2005, yet somehow Bill Cosby’s career and reputation remained untethered…. until the Buress stand-up routine.  Since that time Cosby has become the embattled celebrity of the decade.  Tour dates have been cancelled.  Television talk show appearances have been cancelled, and a new television show in the works suddenly scrapped.

Is Bill Cosby a rapist?  I don’t know.  His guilt or innocence in this matter is not something that I can properly gauge as everybody and their grand parents proceed to step forward with their own stories of abuse via the hands of Bill Cosby.   A few days back I checked Google News to see what was trending and wondered why The Buffalo Bills were trending.  For a moment I thought to myself..  “Bill Cosby probably raped them too.”   Don’t get me wrong.  Rape is not a laughing matter and nor are the allegations.  But the vast number of accusers suddenly spilling out of the woodwork is starting to borderline on being laughable and utterly ridiculous.

As well there has been another unsavory episode in Cosby’s career that is not at all a secret albeit, for my money, it is most disturbing.  As Melvin Van Peebles (who was also a comedy writer) sought to get Sweet Sweetback made, Bill Cosby was 11 years into his success as an American icon.

This icon, who nearly 40 years later, admonishes Black Americans about their lack of esteem and the poor images that they embrace, wrote Melvin Van Peebles a check for 50 thousand dollars for him to complete the smut that he was about to infiltrate into corridors the Black community.  Yes, it is indeed Dr. William H. Cosby Jr. that we have to thank for the final cut of the x-rated images of Black women being portrayed as whores,  over-the-top gratuitous sex, and the over-sexualization of Black Americans in general.  Images of unemployed Blacks who make their in living via using their bodies in place of their wits.  Images of criminal conduct.  Images that Van Peebles asserted reflected the real Black America. Images that became all the rage in Black communities all across the country.  The images that gave birth to an entire genre of trash filmmaking that Black audiences flocked to for years to come because they were starved to see their own kind on the silver screen.

While there were indeed positive images of Blacks in films of the 1970’s, it remains that Sweet Sweetback fathered in an onslaught of film productions that were rife with images that did not serve an already dis-eased community.  Cosby’s funding of this film is not a secret.  Yet it serves as a malignant revelation for those who were not aware of this history. The public was not aware of it because the entertainment chieftains  chose not to place a light upon it.  Remember, they highlight what they choose to highlight, and dismiss what they choose to dismiss, and as long as Hollywood does not highlight it, then the public is successfully rendered blind to it even if they happen to have read about it with their own eyes.   This is the power of media and manipulative application.

Mr. William H. Cosby, Jr.  has never been a choir boy, nor the epitome of all things genteel.  The evidence has always been there.  The only difference now is that the Hollywood moguls, for some reason, have decided that it’s time to take him down.  Bill Cosby tinkled in the wrong power broker’s coffee.  The decree was passed to bring him down and when it’s time to bring a Hollywood player down, it is sometimes done via what has always been in plain sight.