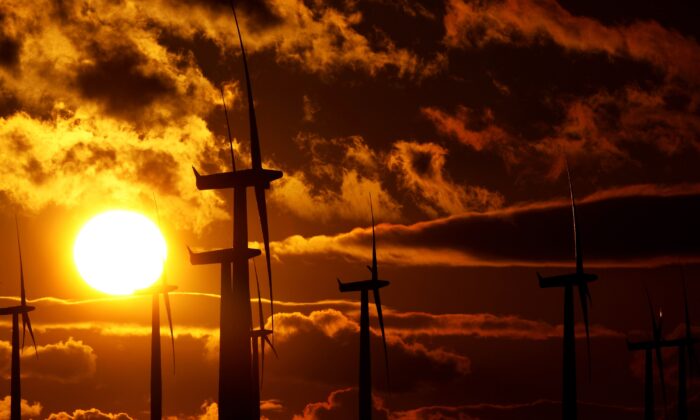 If you were attuned even slightly to the use of the English language, the moment they changed the phrase “global warming” to “climate change,” you knew they were lying.

Otherwise, why make that change? “Global warming” warned of something specific, provable or not. “Climate change” was factually meaningless, almost to the extent of idiocy. The climate, along with the weather, has been changing since the beginning of the planet and has never stopped.

You were being propagandized. Some people realized it, but too many didn’t. These were words of mass formation psychosis before the phrase was coined.

The old term that most of us lived by and actually encouraged the improvement of the natural world—“conservation”—had vanished from the lexicon, first replaced by “global warming” and then literally disappeared by “climate change.”

This allowed for many things to go on that made no sense, unless you thought exclusively of control and the money and power that flowed through it.

Among the most flagrant and despicable examples was the moment our economy died and what’s now runaway inflation, 8.3 percent in April, really began—day one of the Biden administration, when, in the name “climate change,” the new president killed the Keystone XL pipeline.

That was the day, in a certain sense, that the Earth stood still, and a new, destructive policy was born, whether by ignorance or design. (I suspect the latter.)

Our president was, in essence, an empty vessel wide open for manipulation by forces lusting for power. What do the globalists care about some minor supply chain problems? They don’t have any.

The rest is history, including a shortage of baby formula across our country, of all things. What could be more horrifying?

This giant change in energy policy—which resulted in the United States’ fall from being a net exporter of energy to now being reliant on imports—wasn’t the sole cause of the supply chain and inflation woes we now suffer from, but it’s most likely the predominant one.

It was all based on the complete fantasy that it would hasten some kind of climate nirvana. It’s hard to think of anything more stupid.

Of course, if President Joe Biden was interested, plenty of information on so-called climate change was and is readily available on the website WattsUpWithThat.com, which has been invaluable on the issue for some time.

A small amount of research would have told him that those famous sources of renewable energy, solar and wind, are far from ready to take important places in our economy and likely never will be. If and when renewables come, they’ll probably be something completely different, something that hasn’t even been imagined yet. The science just isn’t ready.

“The risk of electricity shortages is rising throughout the U.S. as traditional power plants are being retired more quickly than they can be replaced by renewable energy and battery storage. Power grids are feeling the strain as the U.S. makes a historic transition from conventional power plants fueled by coal and natural gas to cleaner forms of energy such as wind and solar power, and aging nuclear plants are slated for retirement in many parts of the country.

“The challenge is that wind and solar farms—which are among the cheapest forms of power generation—don’t produce electricity at all times and need large batteries to store their output for later use. While a large amount of battery storage is under development, regional grid operators have lately warned that the pace may not be fast enough to offset the closures of traditional power plants that can work around the clock.”

Meanwhile, inflation rages on and shortages, such as those of baby formula, are everywhere.

We could turn to nuclear energy, as has France, which gets 70 percent of its power from nuclear, but we’ve been similarly propagandized against it.

Mass formation psychosis, sadly, is real. Fight it, in part, by rejecting their language. The term “climate change” is intellectual garbage.