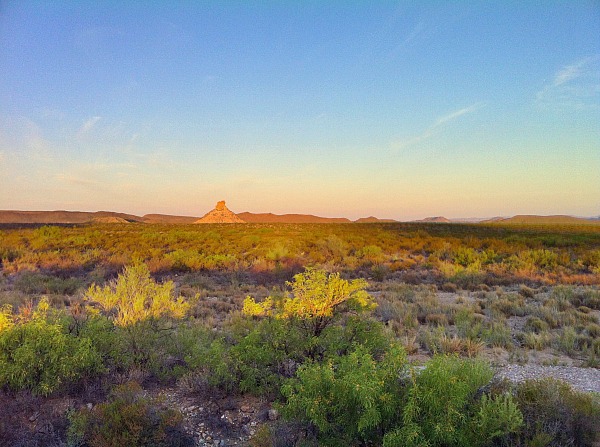 The Chihuahuan Desert stretches across the northern state of Chihuahua and spills over into west Texas and parts of Arizona and New Mexico. It is the second largest desert in North America behind the Great Basin Desert.

The desert features several mountain ranges. In Big Bend National Park the beautiful Chisos Mountains rise up from the Chihuahuan Desert reaching up to its highest point at Emory Peak at 7825 feet. Most people come to the Chisos Basin and hike the trails on the plateau. The Chihuahuan Desert section of the park is also worth a look.

Different Desert Than the Popular Conception

When people think of the desert, they think of flat and sandy with little vegetation. The Chihuahuan Desert in Big Bend is much different though. It is rugged and rocky with a vibrant bird and animal life. The Dodson Trail as it passes through Big Bend is anything but flat.

The colors of the desert are extraordinary. It is a stark golden brown terrain that changes character depending on the way the light plays on its features. The prime time for this display is during the evening when not only does the temperature cool down, but the waning light turns the desert into an impressive painting.