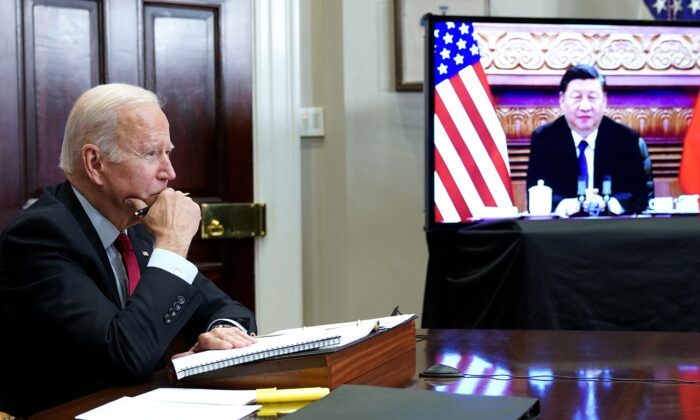 U.S. President Joe Biden meets with Chinese leader Xi Jinping during a virtual summit from the Roosevelt Room of the White House in Washington, on Nov. 15, 2021. (Mandel Ngan/AFP via Getty Images)
By Frank Fang