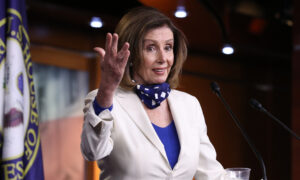 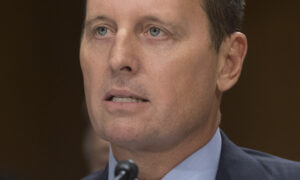 Richard Grenell, a True Hero of Our Times
0 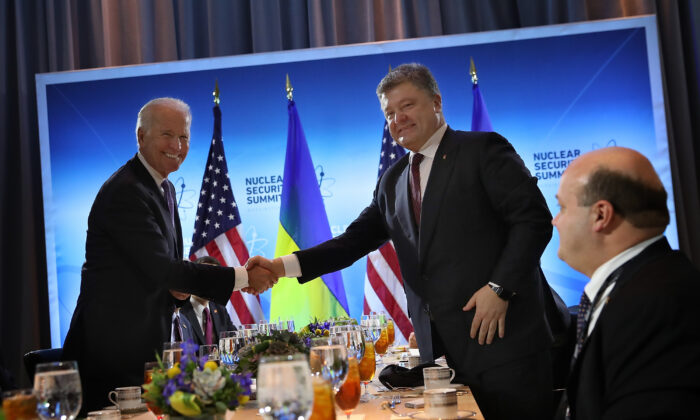 Biden’s Ukraine (and China) Problems Will Never Go Away

Roll back, if you will, to those halcyon days of February 2020, before we were all locked in our houses eating endless slices of stale pizza while Gov. Andrew Cuomo turned New York’s nursing homes into mausoleums, to that time, but days after President Donald Trump banned travel from China due to a mysterious virus, when America was embroiled—nary a word spoken by any sentient being on any other subject, not even that very virus that was about to devour the world—in a Senate impeachment trial of that same president spearheaded by Harvard Law School graduate and failed screenwriter Adam Schiff.

Schiff and his fellow “impeachment managers” (recall that sublime term of art to which we were all introduced) had accused Trump of trying, in approximately 30 seconds of a 30-minute phone call, to manipulate Ukraine’s President Volodymyr Zelensky into investigating his potential presidential opponent, former Vice President Joe Biden.

Biden, it was obvious from a 2018 video, had put his foot very much down back in 2016, threatening to withhold a billion in aide to the Eastern European country if its then-president didn’t fire its then prosecutor general, who was conducting an investigation of a corrupt multi-billionaire energy oligarch (Ukraine’s “ecology” minister, of all things) who happened to be employing Biden’s own son Hunter for what would add up to millions of dollars.

Hunter—a misbegotten, aging young man with both severe drug and women problems who should have been in rehab, not soaking up cash across the globe, and perhaps would have been had his father been a more responsible parent—had no knowledge of the Ukrainian language or of the energy business but had been given a position on the board of the hugely corrupt company, Burisma, which was owned by the “ecology” minister.

That Trump wanted to investigate this was impeachable, we were vigorously informed by the aforesaid managers, because a president is in no way allowed to use his great powers to investigate a political opponent. …

Oh, wait. Might be a tad of projection going on—or a whale-sized amount. We’d better not go there.

Back to the notorious phone call. Also casually mentioned by Trump were possible issues with a company called CrowdStrike that had, on behalf of the FBI, uniquely investigated the hacking of the Democratic National Committee servers in the matter of Hillary Clinton campaign emails published by WikiLeaks. Apparently, the DNC wouldn’t allow the FBI themselves to do the examination and the Feds, for reasons Sherlock Holmes might find dubious, acquiesced.

Nevertheless, the managers and virtually all the media, especially the highly respected New York Times and Washington Post, assured us that questioning this approach was naught but a paranoid “conspiracy theory.” It had been thoroughly “debunked,” a frequently used watchword of our mainstream media.

The president must be impeached for even referring to it. After all, as everybody knew, WikiLeaks had access to those embarrassing emails because of the ubiquitous “Russian hackers.”

Oh, wait again. I’m sorry. I forgot that recent declassification ordered by that pesky acting Director of National Intelligence Richard Grenell, who seems to think the public has a right to know these things, as reported by The Epoch Times:

“Shawn Henry, the president of CrowdStrike Services, told the House Intelligence Committee in late 2017 that his firm had no evidence that the alleged Russian hackers stole any data from the Democratic National Committee (DNC) servers.

“The publication by WikiLeaks of more than 44,000 emails from senior DNC officials became one of the biggest stories of the turbulent 2016 presidential race and served as the predicate for the FBI’s investigation of the Trump campaign. Special counsel Robert Mueller, who took over the probe in May 2017, eventually charged a group of Russians with hacking the DNC.”

Oh, well. Still, when it comes to Biden himself, it’s Ukraine, right? They’re the unreliable corrupt ones. Just because Joe plagiarized in law school and several times thereafter doesn’t mean he hasn’t suddenly turned into an honest man. After all, Columbia Law School on May 20 is having him give their commencement address. That must mean something.

Oh, wait yet again. Seemingly out of nowhere, more news has just come from Ukraine. From their media outlet UNIAN:

“One of the conversations on the said issues was allegedly recorded on December 3, 2015, where the voice that’s purportedly John Kerry’s is heard saying: ‘I just wanted to try to urge you to see if there’s a way to get by this problem of replacing the prosecutor general, you know, [Viktor] Shokin because per my perception, he’s blocked the cleanup of the Prosecutor General’s Office,’ said Kerry.”

There’s another recording from March 22, 2016, in which Derkach claims the voices of Biden and Poroshenko are heard again. In it, Biden reiterates his quid pro quod demand for change in the prosecutor general’s office and “the government” (unspecified) in return for $1 billion.

Not surprisingly, Derkach is being accused of being everything from a KGB agent to a Trump shill, but it should be fairly easy to authenticate those voices. Just don’t look for The New York Times to do it.

Meanwhile, also on May 20, the Senate Homeland Security Committee and its chair Ron Johnson (R-Wis.) have finally subpoenaed Blue Star Strategies, a Democrat-leaning Washington firm that was doing public relations for Burisma, attempting to burnish its tarnished image. Blue Star’s CEO denies any wrong-doing but for reasons unknown had refused to turn over documents to the committee for months.

Many claims were made that Trump would be in Putin’s pocket were he elected U.S. president. The reality is, for similar reasons with considerably more actual evidence, electing Biden would be far more dangerous to our country.

Roger L. Simon—the Epoch Times’ senior political columnist—is a prize-winning novelist, Oscar-nominated screenwriter and co-founder of PJ Media. His latest of many books is The GOAT.