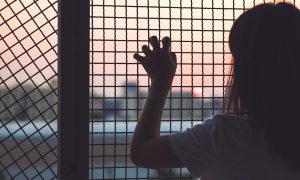 Tom Ozimek
Reporter
Tom Ozimek has a broad background in journalism, deposit insurance, marketing and communications, and adult education. The best writing advice he's ever heard is from Roy Peter Clark: 'Hit your target' and 'leave the best for last.'
View profile
Follow
and Jan Jekielek

Rep. Brian Babin (R-Texas) said Friday that President Joe Biden’s rhetoric was fueling what he described as a humanitarian and national security crisis at the U.S.-Mexico border.

After taking office, President Joe Biden rushed to end some border policies of his predecessor, proposed a pathway to citizenship for millions of people in the United States illegally, and promised in an executive order to “create a humane asylum system.”

While the Biden administration has insisted that would-be immigrants should still follow the legal process for entering the country and that the border has not, as some contend, been flung open, the recent surge of illegal immigration suggests that is how it’s being interpreted by many.

In recent days, the numbers of children and families caught trying to enter the United States illegally from Mexico has grown to magnitudes unseen since before the pandemic. Customs and Border Protection has noted a more than 100 percent month-over-month increase in February in two categories of illegal aliens—family units and unaccompanied minors.

Babin told The Epoch Times’ “American Thought Leaders” that “hundreds of countries are sending people over to the United States because of these promises.”

“Come on up here, step one foot in, and you will be admitted,” Babin said, characterizing the thrust of the Biden administration’s messaging on immigration. “And eventually you will be on a path to citizenship and you’ll receive an education … you’ll get free health care, you will get even stimulus checks,” he added.

The Biden administration announced on Feb. 12 that asylum-seekers waiting in Mexico for court dates could be released in the United States while their cases wind through the system. The policy shift extends only to an estimated 26,000 asylum-seekers with active cases under former President Donald Trump’s “Remain in Mexico” policy, which Biden rolled back. As of Monday, 2,114 people in the program had been admitted to the United States at crossings in San Diego and the Texas cities of El Paso and Brownsville.

But many migrants interpreted the February announcement to mean the border was “open” and rushed on hopes of being admitted to the United States, according to Edgar Benjamin Paz, a Honduran man whose family’s tent is among the hundreds that have filled every spot in a Mexican plaza in Tijuana, near the busiest U.S.-Mexico border crossing.

Republicans have highlighted the border surge and blame Biden.

“This crisis is created by the presidential policies of this new administration,” House Minority Leader Kevin McCarthy (R-Calif.) said Monday while leading a large GOP delegation to El Paso, Texas. “There’s no other way to claim it than a Biden border crisis.”

“The border is secure and the border is not open,” Department of Homeland Security Secretary Alejandro Mayorkas told members of Congress during a Wednesday hearing. The White House has also called on people not to undertake illegal border crossings.

Biden, in interview this week with ABC News, said his message to migrants was, “Don’t leave your town or city or community.”

Mayorkas has also bristled at suggestions that the southern border is in crisis, and White House press secretary Jen Psaki has tried to avoid using the term.

Babin insisted in the interview that it is, indeed, a crisis, “and I think it’s an abuse of people to make a migratory track that is filled with danger,” he said. He spoke of “unspeakable crimes and atrocities” committed by people who prey on vulnerable migrants in the border region.

Brendan Lenihan, a lawyer with the Arizona Attorney General’s Office and a former U.S. Customs and Border Protection agent, in a memoir-type article for The American Scholar, recalled encountering a “rape tree” while on patrol.

“This time, I came upon a velvet mesquite tree draped in women’s lingerie,” he wrote. “The Border Patrol calls these ‘rape trees.’ It’s difficult to know whether these displays are merely symbolic of a woman’s vulnerability in this place or are the actual trophies of sexual violence. Either way, women who understand the risks of this desert sometimes ingest morning-after pills before even attempting to cross,” he wrote.

Babin said that, by his estimates, around one third of women and children who attempt to cross the border illegally fall victim to sexual abuse.

“And the humanitarian aspects of this not only for the American people, but for these poor migrants that come on a 1,000-mile trek, sometimes a 10,000-mile trek to get into this country, with these promises, and being abused by cartels and who knows who on the road up here…” Babin said.

He said the Biden administration’s rhetoric and policies on immigration also “enabled and empowered the Mexican drug cartels who are getting filthy rich” both by smuggling people into the United States and trafficking drugs.

“If you don’t pay the cartels, or if you try to come in without paying the cartels, your life’s in danger,” Babin said. “These cartels are no one to fool with. And they have been definitely empowered by the open borders crowd in the Democratic Party, and especially by President Biden’s rhetoric.”

Commenting on messaging around immigration, Roberta Jacobson, the Biden administration’s coordinator for the southern border, said during a White House press briefing last week that, “it is difficult at times to convey both hope in the future and the danger that is now.”

“We are trying to convey to everybody in the region that we will have legal processes for people in the future, and we’re standing those up as soon as we can,” Jacobson said. “But at the same time, you cannot come through irregular means. … The majority of people will be sent out of the United States.”

Babin represents southeastern Harris County, a Texas district that, while hundreds of miles away from the U.S.-Mexico border, is increasingly impacted by the influx of illegal immigration, he said.

“We have a major trade in human trafficking. Houston is a big focus,” he said. “We’ve had a number of incidents down there, murderers, disappearances, things like this,” he added.

“I’m all for immigration, I think immigration has enriched our nation, our great nation, so much. And each new wave of immigrants coming in bringing something new to the diversity and the greatness of our country,” Babin said. “However, I believe in law and order.”