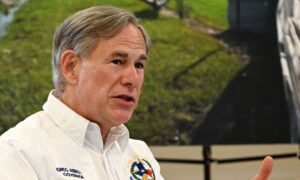 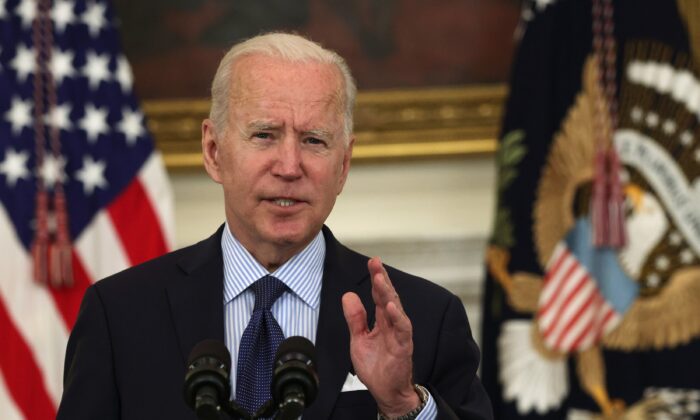 President Joe Biden delivers remarks on the COVID-19 response and the vaccination program during an event at the State Dining Room of the White House in Washington on May 4, 2021. (Alex Wong/Getty Images)
Executive Branch

The upper chamber voted 66–33 to confirm Julien Neals to the U.S. district court in New Jersey. It then approved Regina Rodriguez to be U.S. district judge for the District of Colorado.

Neither vote was particularly close, as more than a dozen Republicans crossed the aisle to support Biden’s nominees. Only 28 Republicans voted against nominees, including Sens. Marsha Blackburn (R-Tenn.), Ron Johnson (R-Wis.), and John Thune (R-S.D.).

Sen. Dick Durbin (D-Ill.), the Senate majority whip and chairman of the body’s Judiciary Committee, said on the floor that Neals and other Biden nominees who will be voted on this week will “bring much-needed experiential and demographic diversity to our nation’s courts.”

“The face of justice is often as important as the fact of justice, and if people appearing before our courts feel there is at least a chance for success based on the background and experience of a judge, I think it’s a positive thing,” he said.

Then-President Donald Trump saw hundreds of his judicial nominees approved during his four years in office and the Biden administration has expressed hope that the president will be able to fill vacancies existing in the court system.

Biden in a statement thanked the Senate for confirming Neals and Rodriguez, who “embody the professional excellence and devotion to the rule of law and our Constitution that the American people expect of Federal judges.”

“They are both highly qualified, and they represent the diversity that is one of the ultimate strengths of our nation—in all branches of government, including the judiciary. Other nominees are awaiting confirmation who also have bipartisan support, and I hope they will be rapidly confirmed as well,” he said, noting he wants to “make nominations at an historic pace.”

Before the first vote, Senate Majority Leader Chuck Schumer (D-N.Y.) said, “I greatly look forward to confirming what will be the first of many judicial appointments during the Biden administration.”