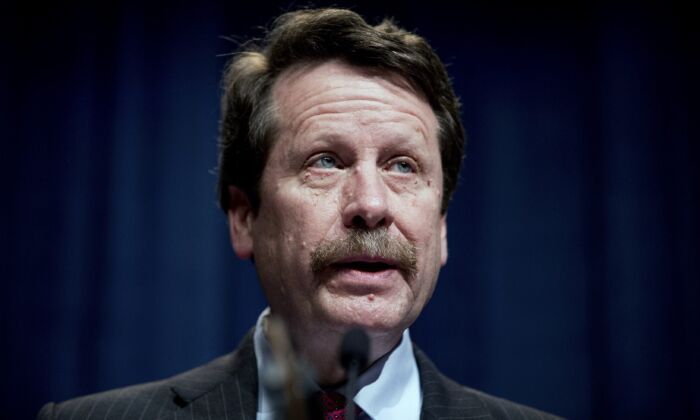 President Joe Biden on Friday announced that he will nominate former Food and Drug Administration (FDA) Commissioner Dr. Robert Califf to once again head the agency.

Califf, who was commissioner for nearly a year starting in February 2016, “is one of the most experienced clinical trialists in the country, and has the experience and expertise to lead the Food and Drug Administration during a critical time in our nation’s fight to put an end to the coronavirus pandemic,” Biden said in a statement.

The post has been filled on a temporary basis by Dr. Janet Woodcock since the president entered office in January.

Several Democrats could oppose the nominee, considering three did the last time the Senate considered him.

Sens. Richard Blumenthal (D-Conn.), Joe Manchin (D-W. Va.), and Edward Markey (D-Mass.) voted against making Califf head of the FDA, arguing the agency needed an overhaul and promoting somebody from within wouldn’t accomplish that.

Manchin offered a similar view Friday, saying the nomination “makes no sense as the opioid epidemic continues to wreak havoc on families across the country with no end in sight.”

“I have made it abundantly clear that correcting the culture at the FDA is critical to changing the tide of the opioid epidemic. Instead, Dr. Califf’s nomination and his significant ties to the pharmaceutical industry take us backwards not forward,” he added.

Others indicated support of Califf, including Sen. Patty Murray (D-Wash.).

While Califf faced opposition last time around, the only other “no” vote is no longer in office, and 89 senators voted to approve Califf, including many Republicans.

Biden highlighted that “strong bipartisan support” and urged the Senate to swiftly confirm the doctor “so he can continue the important work being done at this critical moment.”

White House press secretary Jen Psaki told reporters in Washington that the administration is confident Califf will get approval from the 50–50 Senate.

“We feel he is a qualified person who has the exact experience for this moment,” she said.

The FDA’s nominee could prove consequential as the agency navigates thorny questions about COVID-19 vaccines and therapeutics.

Woodcock drew criticism for joining with other top Biden administration officials over the summer in declaring scientific data pointed to a need for booster shots for everybody, even though the agency was officially still weighing the need. The declaration was rebutted by the FDA’s outside vaccine advisors and the agency decided to restrict which persons under 65 could get a booster.

Additionally, the FDA pushed back decisions on whether to clear Merck’s COVID-19 pill and authorize Moderna’s COVID-19 vaccine for young children after experts expressed concern about the side effects linked to the drugs.

Califf is currently an adjunct professor of medicine at the Duke University School of Medicine. He did not respond to a request for comment.

Outside groups differed on the nomination. Scott Faber, a senior vice president at The Environmental Working Group, said Califf during his previous tenure “demonstrated his understanding of the risks that toxic chemicals in personal products, sunscreens, and food packaging pose to our health.”

Dr. Michael Carome, director of the Public Citizen’s Health Research Group, said Califf “has a long history of extensive financial ties to Big Pharma, most significantly through pharmaceutical industry funding to the Duke Clinical Research Institute, which he founded in 1996,” and may not place the public interest ahead of the interests of FDA-regulated companies.