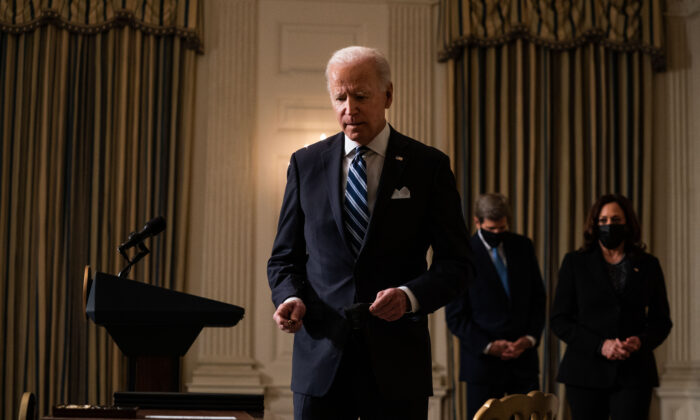 Biden Lifts Ban on US Funding for Foreign Pro-Abortion Nonprofits

President Joe Biden signed a presidential memorandum on Jan. 28 rescinding the ban on U.S. funding for international nonprofits that provide counseling or referrals for abortion.

President Donald Trump reinstated and expanded the ban, known as the Mexico City Policy, during his first days in office in 2017. It was previously rescinded by Presidents Barack Obama and Bill Clinton.

The policy was first announced in 1984 during the Reagan administration and has been rescinded and reinstated along party lines since. The policy requires non-governmental organizations to certify that they will not “perform or actively promote abortion as a method of family planning” in order to receive U.S. taxpayer money for global health initiatives.

White House Press Secretary Jan Psaki, when asked if Biden would take this and other pro-abortion steps, responded that the president is a “devout Catholic.”

“Across the country and around the world, people—particularly women, Black, Indigenous and other people of color, LGBTQ+ people, and those with low incomes—have been denied access to reproductive health care,” the White House press release announcing the rescission of the Mexico City Policy states.

“The memorandum reflects the policy of the Biden-Harris Administration to support women’s and girls’ sexual and reproductive health and rights in the United States, as well as globally.”

Trump’s expanded ban affected approximately $7.3 billion in U.S. global health aid, according to an estimate by the Kaiser Family Foundation.

National Institute of Allergy and Infectious Diseases Director Anthony Fauci told the World Health Organization’s executive board on Jan. 21 that Biden would rescind the Mexico City Policy in the coming days. Fauci said the move would signal a “broader commitment to protect women’s health and advance gender equality at home and around the world.”

Americans overwhelmingly oppose using taxpayer dollars to fund abortions abroad. A January 2017 Marist Poll found that 83 percent opposed or strongly opposed “using tax dollars to support abortion in other countries.” That figure reflects overall opposition among Americans to unrestricted abortion. Only 16 percent said abortion should be “available to a woman any time during her entire pregnancy.”

More than 73 million unborn children were killed in abortions every year between 2015 and 2019, according to the World Health Organization.