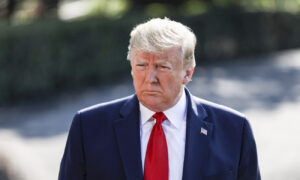 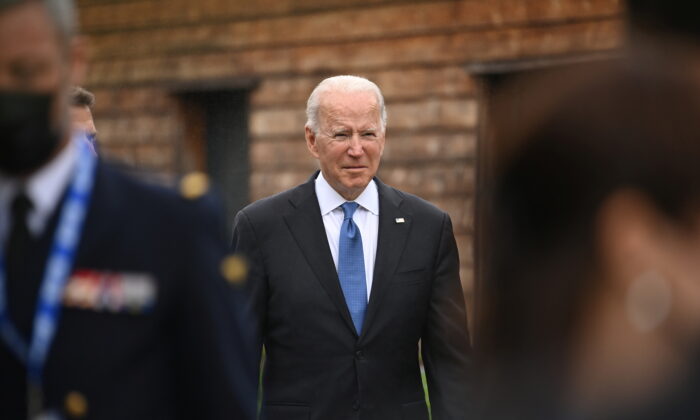 “While we are still finalizing the format for the meeting with President Putin and his delegation, we can confirm a few details, including the plan for both a working session and a smaller session, as well as a solo press conference by President Biden following the meeting,” a White House official told reporters in a statement on Saturday.

“We expect this meeting to be candid and straightforward and a solo press conference is the appropriate format to clearly communicate with the free press the topics that were raised in the meeting, both in terms of areas where we may agree and in areas where we have significant concerns,” the official added.

Biden and Putin plan on meeting this week, after Biden finishes participating in a Group of 7 summit.

The solo press conference will be in contrast to the side-by-side event then-U.S. President Donald Trump held with Putin after they met in 2018 in Finland.

Biden and Putin have traded shots since Biden entered office, with Russia particularly upset after Biden agreed with an assessment by ABC News host George Stephanopoulos, a former Bill Clinton aide, that Putin was a “killer.”

Biden has been clear in two phone calls with Putin that he will not “simply elide or gloss over the differences that we have; he’s going to take them on with candor and directly, and that where Russia crosses lines that we consider to be unacceptable, we will impose costs on Russia for doing that,” the official said.

Biden planned to press Putin on addressing the ransomware attackers that are said to be based in Russia, according to the official. The attackers, who utilize malicious technology to lock portions of the victim’s network before demanding payment for decryption tools, have in recent months targeted major companies like Colonial Pipeline and JBS.

Biden told troops in England earlier in the week that he would head to the G7, then the North Atlantic Treaty Organization ministerial before meeting with Putin “to let him know what I want him to know.”

“And at every point along the way, we’re going to make it clear that the United States is back and democracies of the world are standing together to tackle the toughest challenges and the issues that matter most to our future; that we’re committed to leading with strength, defending our values, and delivering for our people,” he said.

Biden said the United States is not seeking conflict with Russia but will “respond in a robust and meaningful way if the Russian government engages in harmful activities.”

Biden met with British Prime Minister Boris Johnson before the G7 and has been engaged in working sessions with all six of the other world leaders that comprise the group.

Putin, meanwhile, in remarks to NBC on Friday, said that Trump “is an extraordinary individual, talented individual” while contrasting him with Biden.

“He is a colorful individual. You may like him or not. And, but he didn’t come from the U.S. establishment, he had not been part of big time politics before, and some like it some don’t like it but that is a fact,” Putin said.

“President Biden, of course, is radically different from Trump because President Biden is a career man. He has spent virtually his entire adulthood in politics. Just think of the number of years he spent in the Senate. It is my great hope that yes, there are some advantages, some disadvantages, but there will not be any impulse-based movements, on behalf of the sitting U.S. president.”

Trump issued a statement on Thursday referencing his past meeting with Putin, which he described as “very productive.”

“Good luck to Biden in dealing with President Putin—don’t fall asleep during the meeting, and please give him my warmest regards!” he added.