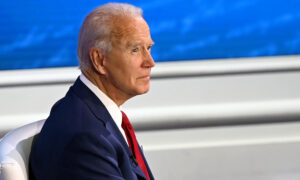 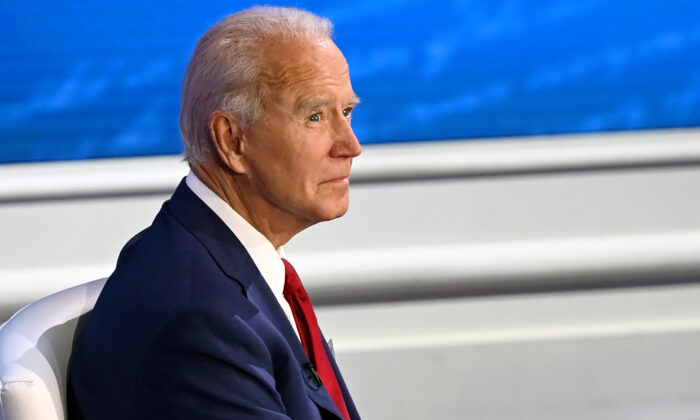 Biden to Be Grilled on ‘Foreign Corruption’ at Next Debate: Trump Campaign Adviser

John Miller, senior adviser for the campaign to reelect President Donald Trump, told Fox News on Oct. 19 that Democratic presidential nominee Joe Biden can expect to be grilled on alleged foreign corruption at the next presidential debate.

Miller told Fox News’ Maria Bartiromo that even if the debate moderator doesn’t bring up the explosive subject of emails allegedly from Hunter Biden’s laptop suggesting Joe Biden had knowledge of, and was allegedly involved in, his son’s foreign business dealings, Trump will.

The Biden campaign didn’t immediately reply to a request for comment on allegations of corruption.

In the interview, Miller also denounced a decision by the Presidential Debate Commission not to include a topic on foreign policy, which in an earlier tweet Miller said was “so Joe Biden wouldn’t have to answer to being compromised by the Chinese Communist Party, supporting endless wars, and sending pallets of cash to Iran.”

Miller’s comments on Iran appear to refer to a secret airlift of some $400 million worth of cash to Iran, as part of a $1.7 billion settlement the Obama administration reached with Iranian leaders to resolve a decades-old dispute over a failed arms deal.

The New York Post published a bombshell report last week suggesting that Hunter Biden introduced his father, who was vice president at the time, to a top executive at Burisma Holdings, a Ukrainian energy company where the younger Biden was a board member.

Biden campaign spokesman Andrew Bates said in a statement to news outlets: “Investigations by the press, during impeachment, and even by two Republican-led Senate committees whose work was decried as ‘not legitimate’ and political by a GOP colleague have all reached the same conclusion: that Joe Biden carried out official U.S. policy toward Ukraine and engaged in no wrongdoing. Trump Administration officials have attested to these facts under oath.”

In a separate report on Oct. 15, the New York Post detailed further emails allegedly showing that Hunter Biden sought to pocket millions from deals involving a Chinese oil giant with ties to the Chinese military. An unidentified recipient in one of those emails later confirmed that message’s authenticity to Fox News.

Breitbart reported on Oct. 16 that separate emails show that Hunter Biden facilitated a meeting between a group of communist-aligned Chinese business elites and Joe Biden back in 2011.

Miller, in his interview on Fox News, also spoke of “serious national security issues” regarding the former vice president in the context of the recent reports around “influence peddling.”

“I think Joe Biden is compromised. He’s clearly compromised by the Chinese, if not multiple other governments,” Miller said, adding that Biden has so far “dodged this multiple times” but that Trump would call him out on the subject during their next debate.

The presidential debate is scheduled for Oct. 22.