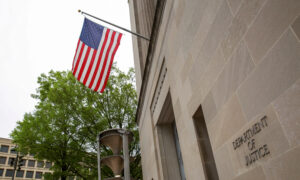 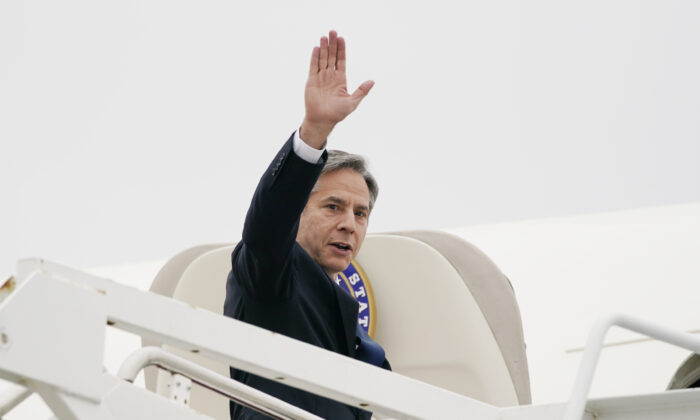 Secretary of State Antony Blinken waves as he departs for the Middle East from Andrews Air Force Base, Md., on May 24, 2021. (Alex Brandon/Pool/AP Photo)
Executive Branch

President Joe Biden’s secretary of state will travel to the Middle East this week to speak with leaders in Israel and other partners in the region, the White House announced on May 24.

Biden, a Democrat, credited America’s “quiet, intensive diplomacy” with helping to bring about the ceasefire between Israel and Hamas, a terrorist group that rules the Gaza Strip.

Secretary of State Antony Blinken will speak with Israeli leaders “about our ironclad commitment to Israel’s security,” Biden said.

“He will continue our administration’s efforts to rebuild ties to, and support for, the Palestinian people and leaders, after years of neglect. And he will engage other key partners in the region, including on the coordinated international effort to ensure immediate assistance reaches Gaza in a way that benefits the people there and not Hamas and on reducing the risk of further conflict in the coming months,” Biden said.

Blinken left from Andrews Air Force Base in Maryland outside Washington on May 24.

He won’t meet with any Hamas leaders during the trip.

Another is “creating sustainable conditions for a ceasefire,” which is holding for now, she said.

Hamas started launching rockets at Israel on May 10 and Israel responded with counter-strikes. The fighting left hundreds dead, primarily Palestinians.

The two sides reached a ceasefire late May 20, a day after Biden told Netanyahu that he should engage in a “significant de-escalation today on the path to a cease-fire.”

Biden’s administration has expressed support for Israel’s “right to defend itself” but has also said Palestinians “deserve to live safely and securely.”

He told reporters on May 21 that he believes “the only answer” to the on-and-off conflict is two separate states, including one ruled by Palestinians.