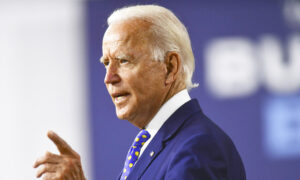 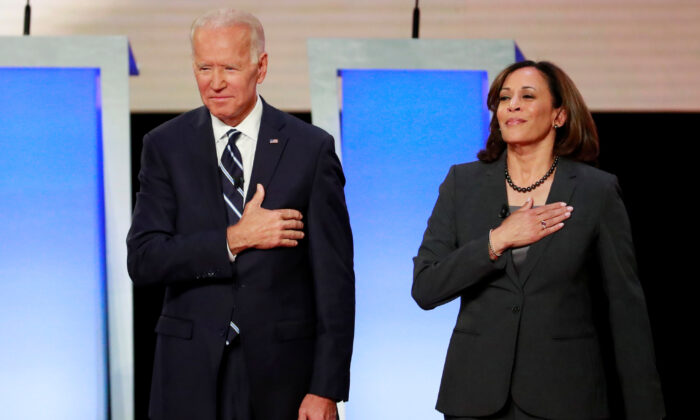 “I have the great honor to announce that I’ve picked [Harris]—a fearless fighter for the little guy, and one of the country’s finest public servants—as my running mate,” he wrote in an announcement on Aug. 11.

“Back when Kamala was Attorney General, she worked closely with Beau,” Biden’s late son, he said. “I watched as they took on the big banks, lifted up working people, and protected women and kids from abuse. I was proud then, and I’m proud now to have her as my partner in this campaign.”

Before becoming a senator from California, Harris was the state’s attorney general, and San Francisco’s district attorney before that. She also unsuccessfully ran for president before bowing out earlier this year and endorsing Biden.

Biden’s selection of Harris, 55, provides racial and gender diversity in an attempt to appeal to a broader spectrum of the Democratic Party. Harris’s mother was a breast cancer researcher who immigrated to the United States from India in the 1960s, while her father, Donald Harris, originally from Jamaica, is an economist who worked for Stanford University and is a staunch Marxist.

It also means that Harris would take over as president if Biden, 77, were to suffer a health issue while in office. Earlier this year, Biden has remarked to reporters that “I’m an old guy,” and he would need someone who could “immediately” take over.

“Look, I thank God I’m in great health. I work out. No, I’m serious. You know, I work out every morning. I’m in good shape—knock on wood, as my mother would say,” he said in January.

Notably, Harris was a co-author of the Democrats’ police reform legislation in the Senate in response to civil unrest, protests, and riots in the wake of George Floyd’s death.

Some consider her a moderate member of the Democratic Party, earning plaudits from across the aisle.

In May, Sen. Lindsey Graham (R-S.C.) told radio host Hugh Hewitt: “I think she’s the leading candidate [for Biden’s running mate]. I know her. I didn’t like what she did in the [Brett] Kavanaugh [Supreme Court confirmation] hearings by any stretch of the imagination.

Harris’s record as California attorney general and district attorney in San Francisco was heavily scrutinized during the Democratic primary and turned off some liberals and younger black voters, who saw her as out of step on issues. She tried to strike a balance on these issues, declaring herself a “progressive prosecutor” who backs law enforcement reforms.

“Not long ago, Kamala Harris called Joe Biden a racist and asked for an apology she never received,” Trump spokesperson Katrina Pierson said in a statement on Aug. 11.

“She is proof that Joe Biden is an empty shell being filled with the extreme agenda of the radicals on the left. … At the ballot box, Americans will resoundingly reject the abysmal failures of Biden–Harris in favor of the America First strength of President Donald Trump and Vice President Mike Pence.”

Biden, who spent eight years as President Barack Obama’s vice president, has spent months weighing who would fill that same role in his White House. He pledged in March to select a woman as his vice president, easing frustration among Democrats that the presidential race would center on two white men in their 70s.