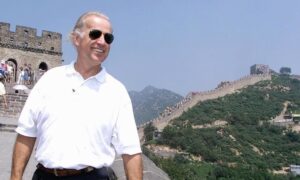 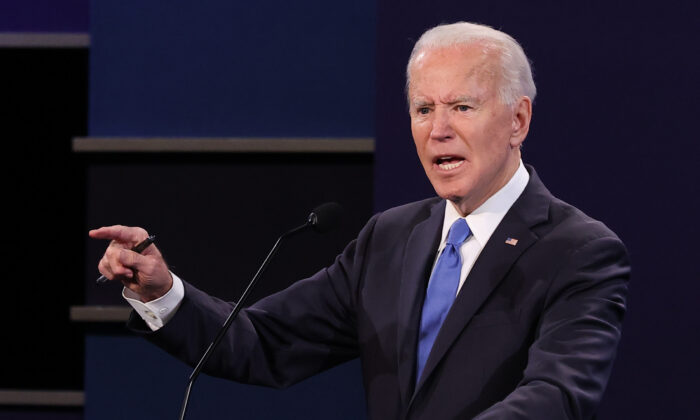 Biden Says He Will Collaborate With China If Elected

“Our approach to China will focus on boosting American competitiveness, revitalizing our strengths at home, and renewing our alliances and leadership abroad,” the former vice president wrote in an article published on Oct. 22 in the World Journal, a lesser-known Chinese newspaper in New York.

“We’ll work to collaborate with China when it’s in our interest, including on public health and climate change.”

He made a similar commitment during the presidential debate with President Donald Trump on the same day.

“I’m going to rejoin the Paris Accord and make China abide by what they agreed to,” he said.

According to the Paris agreement, China—as a Tier 2 country—has committed to peak its carbon emissions around 2030 and doesn’t have many mandated responsibilities for emissions reduction anytime soon.

China can also benefit from contributions from designated Tier 1 countries in the Paris Agreement.

A Congressional Research Service report (pdf) in October 2019 shows that the United States committed $3 billion since 1994 to the Green Climate Fund and disbursed a total of $2.7 billion, including $1 billion under the Obama administration.

The Green Climate Fund is a byproduct of and fundraising tool for the Paris Agreement.

The Trump administration formally announced in June 2019 the United States’ exit from the non-binding Paris Agreement, also known as the Paris Climate Accord, and that it would no longer contribute to the Green Climate Fund.

Trump said at the time that the accord was moving U.S. jobs to foreign countries while not effectively protecting the environment.

“Under the agreement, China will be able to increase these emissions by a staggering number of years—13. They can do whatever they want for 13 years,” he said. “Fourteen days of carbon emissions from China alone would wipe out the gains from America.”

Meanwhile, the Chinese regime has been covering up the CCP virus outbreak and continues to block the United States and other free countries from getting necessary data and information about the virus.

The Chinese newspaper in which Biden chose to publish his article, the World Journal, was established on Feb. 12, 1976. It served Taiwanese immigrants in the United States for many years.

In its early days, leftist activists protested the newspaper due to its support of Taiwan’s sovereignty and its opposition to the Chinese Communist Party (CCP). The Chinese regime claims Taiwan as its own territory even as the island is self-ruled, with its own democratically elected government, currency, and military.

The newspaper also covers some of the Chinese regime’s human rights abuses. For example, it ran an editorial on July 18, 2017, memorializing the death of 2010 Nobel Peace Prize laureate Liu Xiaobo, a Chinese writer and human rights activist who was critical of the regime.

But the newspaper has since come under Chinese government influence.

In 2011, the Overseas Chinese Affairs Office of the Guangdong Province government invited nearly 100 representatives from Chinese-language media outlets outside China to go on a five-day tour of the southern province from Sept. 20–24 to honor the 100th anniversary of the Xinhai Revolution. The World Journal was among those invited.

The World Journal’s change to a more pro-Beijing stance was also noted in the Hoover Institution’s October 2018 report on Chinese influence operations in the United States.