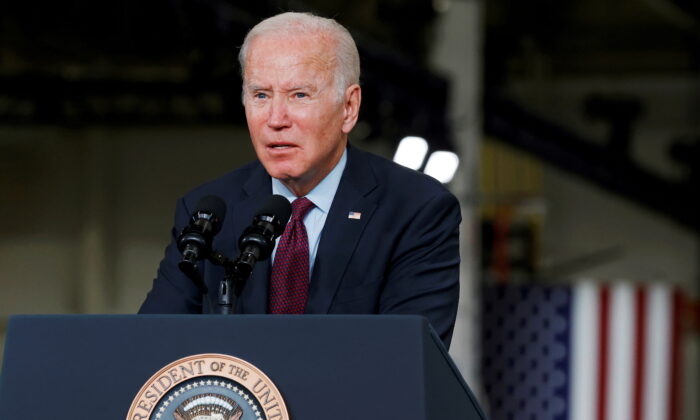 President Joe Biden’s administration is planning to mail out some 500 million COVID-19 tests, starting in January, according to the White House.

The White House on Tuesday said it will send the test kits to homes as part of an effort to deal with the Omicron COVID-19 variant, which the Centers for Disease Control and Prevention (CDC) on Monday said accounts for about 73 percent of cases in the United States. It’s not clear yet whether the variant causes more severe disease than previous variants, although fewer than a dozen deaths have been reported worldwide.

“Today, the President is announcing his Administration will purchase a half-billion at-home, rapid tests this winter to be distributed for free to Americans who want them, with the initial delivery starting in January 2022,” the White House said in a press statement.

Additional federal test sites will also be set up across the United States in the coming days, starting in New York City, according to the White House, in a bid to help “states that need additional testing capacity.”

In the press release, the White House confirmed it will send 1,000 members of the military such as military doctors, nurses, paramedics, and other medical personnel to hospitals in January and February.

Six emergency response teams with more than 100 staff members are also being sent to Michigan, Indiana, Wisconsin, Arizona, New Hampshire, and Vermont, said the White House. Meanwhile, Federal Emergency Management Agency (FEMA) response teams will be sent to add capacity to hospitals in some states, and the federal government is “paying for all of it,” the statement added.

“This is on top of the 300 federal medical personnel that we have deployed since we learned about Omicron,” the news release said.

The CDC Monday reported that Omicron is rapidly spreading and may be the dominant variant in the country, representing some 73 percent of sequenced U.S. cases. The Delta strain, which emerged earlier this year, makes up about 26.6 percent of infections, while just a week before that, Delta represented 87 percent of cases.

“Right now, there are about a thousand people hospitalized with COVID-19 across New York City. That’s about a quarter of where we were at the peak of last winter’s wave and less than a tenth of where we were in the spring of 2020,” Chokshi said on Monday, blaming the rise in infections on the “Omicron wave.”

On Tuesday evening, Biden is slated to make a televised announcement about the initiative. During a news conference Monday, Psaki said the president will not call for additional lockdowns or stay-at-home orders.