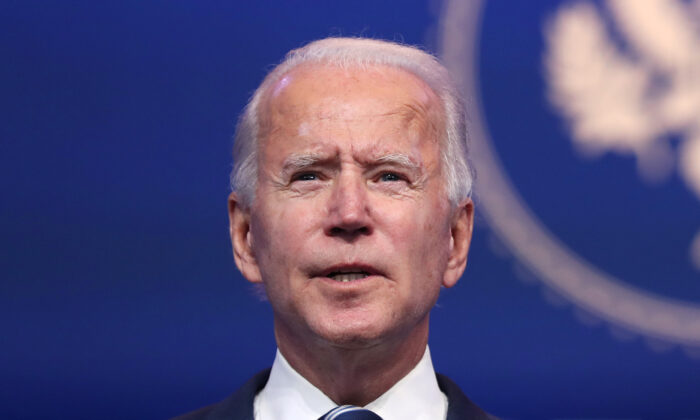 A CCP virus advisor to Democratic presidential candidate Joe Biden said a U.S.-wide lockdown between four and six weeks could control the pandemic and revive the economy, but only if lost wages to workers and small businesses are paid for.

Dr. Michael Osterholm, who serves as director of the Center of Infectious Disease Research and Policy at the University of Minnesota, said that while the country is locked down, people could be paid for lost wages.

President Donald Trump did not concede the race after Biden declared victory over the past weekend. The Epoch Times will not call the race in favor of either candidate until all legal challenges are exhausted and the Electoral College meets to render the final decision on the presidency.

Osterholm and Minneapolis Federal Reserve President Neel Kashkari wrote in the New York Times in August that more restrictive lockdowns are needed across the United States.

“The problem with the March-to-May lockdown was that it was not uniformly stringent across the country. For example, Minnesota deemed 78 percent of its workers essential,” they said. “To be effective, the lockdown has to be as comprehensive and strict as possible.”

“We could really watch ourselves cruising into the vaccine availability in the first and second quarter of next year while bringing back the economy long before that,” Osterholm said Wednesday, without providing many details on how that could be accomplished. In the Yahoo interview, Osterholm also appeared to tie the recovery to the availability of a vaccine.

Osterholm, like Biden, also said in another interview the United States is heading for dark days over the coming winter.

“We have some very dark months ahead of us. And part of that is because we won’t really see vaccine be available in any real material way for at least through the end of this year into next year,” he said.