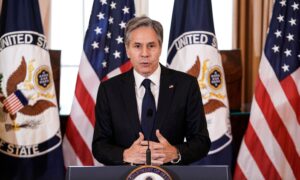 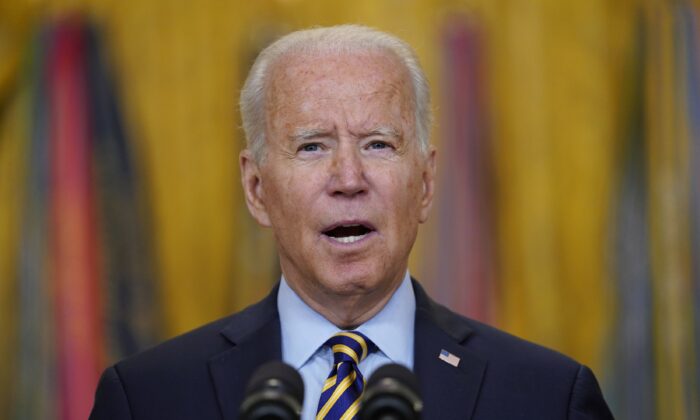 President Joe Biden speaks in the East Room of the White House in Washington on July 8, 2021. (Evan Vucci/AP Photo)
Politics

“As the Senate evaluates nominees’ fitness for senior leadership positions across the Federal government, it’s important the public has a full picture of one’s policy views, judgment, and character,” Ranking Member Toomey told the DCNF in a statement. “A nominee’s past public statements matter, and a nominee should not be able to avoid scrutiny by merely clicking a button marked ‘delete.’”

In the letter, Toomey noted tweets in which Gordon labeled Capitol Hill Republicans “shameless” for opposing certain liberal housing policies and advocated for lenders to take “anti-racist” stances. Gordon also tweeted comments denigrating states in the South, saying “[p]ractically the whole region has rejected nearly everything that’s good about this country” and that winning elections there “is not worth the ideological cost for Democrats.”

Gordon additionally retweeted a post describing police officers as “the people killing us,” the Pennsylvania senator wrote. She then retweeted a separate post calling for dismantling the “four hundred years of personal and structural racism” in the U.S.

“If the Biden administration wants to be taken seriously in its recent effort to try to distance itself from the Defund the Police movement, then why are they still stacking the administration full of anti-police advocates?” Amanda Thompson, a spokesperson for Toomey, told the DCNF.

“As the crime rate in American cities is skyrocketing, nominating individuals who proudly advocate for defunding the police is a slap in the face to every law enforcement officer in America,” she continued.

The ranking member asked Gordon to request her deleted tweet data from Twitter and turn it over to the committee by July 22, 2021.

Biden nominated Gordon, the current president of the nonprofit National Community Stabilization Trust, to lead the FHA at the Department of Housing and Urban Development in June, according to the American Banker. Progressive and housing groups applauded the nomination.

In May, Toomey wrote to Twitter CEO Jack Dorsey, asking for him to share deleted tweets of two individuals who Biden nominated for HUD positions. One of the nominees allegedly tweeted that former President Donald Trump was “the Devil, only stupider and in human form.”

By Thomas Catenacci
From The Daily Caller News Foundation