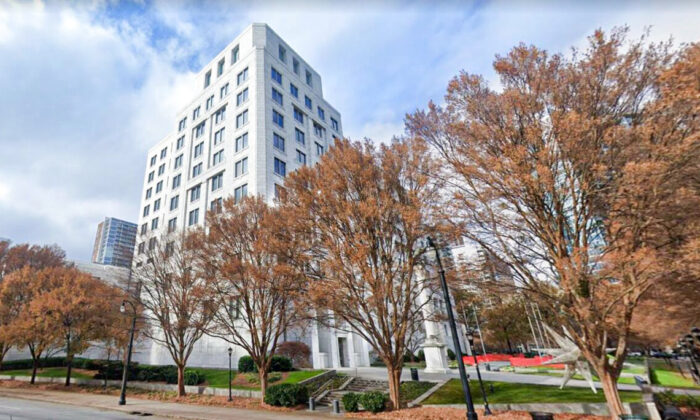 This is a digital currency that would be issued by a central bank like the Federal Reserve unlike cryptocurrencies like bitcoin which are not controlled by a single entity.

The executive order also calls for continued research over the coming months followed by policy recommendations from the Department of Treasury and other government agencies on how to regulate the growing digital currency market.

“The United States must maintain technological leadership in this rapidly growing space, supporting innovation while mitigating the risks for consumers, businesses, the broader financial system, and the climate,” a White House statement reads.

Cryptocurrencies passed a $3 trillion market cap in November. And about 16 percent of adult Americans—approximately 40 million people—have invested in, traded, or used cryptocurrencies, according to survey data cited by the White House.

Bitcoin and other cryptocurrencies were trading higher Wednesday following the president’s announcement.

Treasury Secretary Janet Yellen issued a statement Wednesday saying the president’s order will “support responsible innovation that could result in substantial benefits for the nation, consumers, and businesses.  It will also address risks related to illicit finance, protecting consumers and investors, and preventing threats to the financial system and broader economy.”

On a call with reporters ahead of the announcement, senior administration officials said the government has worked with financial and technological innovators in cryptocurrencies “to really understand the different elements of cryptocurrencies” during a series of “crypto Sundays.”

According to the Atlantic Council’s online CBDC tracker, 91 countries worldwide are in various stages of implementing a national CBDC, with nine having already launched one. These include Nigeria, the Bahamas, and seven countries in the Eastern Caribbean.

The administration maintains that foreign governments developing digital currency pose no threat to the primacy of the dollar.

“The dollar’s role has been and will continue to be crucial to the stability of the international monetary system as a whole.  Foreign central bank digital currencies—I mean, their introduction by themselves do not threaten this dominance,” said a senior administration official.

But the administration would not outline exactly what regulatory steps it expects to take upon the completion of the research and analysis required by the executive order.

“We don’t want to pre-judge what we’re going to do before we’ve—the agencies have had time to do their work and produce their reports and analysis that we are asking them to do,” said a senior administration official.