Biden, Harris to Campaign for Fetterman After Rocky Debate Performance 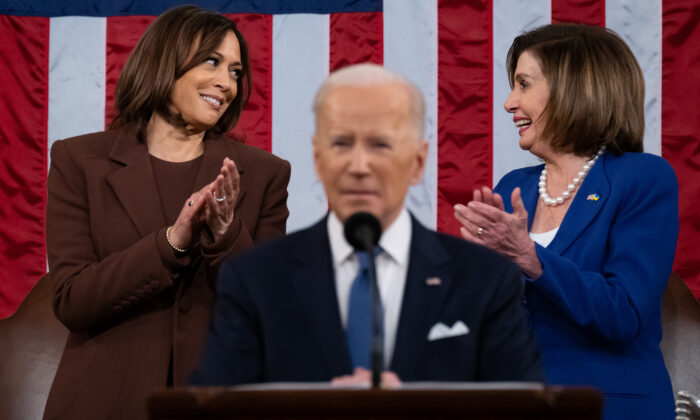 President Biden and Vice President Kamala Harris will head to Pennsylvania on Oct. 28 and make a rare joint appearance to campaign on behalf of Senate hopeful John Fetterman, a fellow Democrat, after his rocky debate performance fueled concern inside his party, reports and public records indicate.

Biden and Harris, who rarely appear together, are scheduled to attend the Pennsylvania Democratic Party’s 3rd Annual Independence Dinner on Friday, along with the party’s 2022 candidates, including Fetterman.

The impact of the stroke was apparent during the debate as Fetterman used closed-captioning posted above the moderator to help him process the words he heard, which led to occasional awkward pauses.

Fetterman’s shaky performance during the debate fueled concern among some Democrat leaders that his appearance may have been a mistake, especially during the crucial closing days of the contest.

“In retrospect, he probably shouldn’t have debated,” former Pennsylvania Gov. Ed Rendell, a Democrat, told The Associated Press in an interview. “But the key is he is recovering from a stroke.”

“The only way to recover from this,” he added, “is for John to go out in public as much as possible, to be seen, to be interviewed, and do as much as he can to let people know that he’s ready to take office.”

Fetterman is expected to speak at the dinner that’s being headlined by Biden and Harris.

“The debate didn’t hurt us too much in Pennsylvania, so that’s good,” Schumer told Biden during a stop in Syracuse, New York.

“We’re in danger in that seat,” Schumer added.

Several Democrat strategists suggested, in remarks to The Hill, that the party hopes the presence of the nation’s two top executives can help Fetterman get over the finish line victorious.

“It’s always helpful to have the two leaders of the party out there in the final push,” one Democrat strategist told the outlet.

Another Democrat strategist, Joel Payne, reinforced that perspective, saying, “There are a few things in politics that have more capital than the bully pulpit of the White House.”

The joint appearance by Biden and Harris shows how much is at stake in the race as Democrats and Republicans vie for control of the 50–50 split upper chamber.

Biden has called the midterm election, which is just two weeks away, “the most important off-year election” in generations.

The contest between Fetterman and Oz will help decide which party controls the Senate, where Democrats enjoy a razor-thin edge with Harris able to cast a tie-breaking vote.

According to a compilation of polls put together by FiveThirtyEight, Fetterman currently has a 1.9-point lead over Oz.