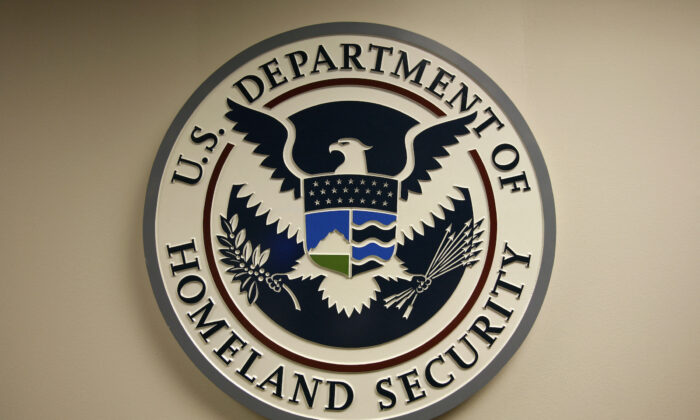 The Department of Homeland Security (DHS) has declared a heightened terrorism threat because of “false and misleading narratives,” misinformation, and “conspiracy theories.”

“The United States remains in a heightened threat environment fueled by several factors, including an online environment filled with false or misleading narratives and conspiracy theories, and other forms of mis- dis- and mal-information introduced and/or amplified by foreign and domestic threat actors,” a Feb. 7 DHS bulletin reads.

The agency didn’t state what foreign or domestic actors are responsible for the alleged proliferation of misinformation or disinformation.

“Mass casualty attacks and other acts of targeted violence conducted by lone offenders and small groups acting in furtherance of ideological beliefs and/or personal grievances pose an ongoing threat to the nation,” the bulletin reads, noting that some individuals are seeking to “sow discord or undermine public trust in U.S. government institutions.”

Some individuals are calling for violence against critical infrastructure, faith-based institutions such as churches or synagogues, colleges, government personnel or facilities, and other targets, according to the bulletin.

As an example of key factors that have allegedly contributed to the heightened threat environment, DHS stated that there are misleading narratives surrounding COVID-19 and claimed that some individuals have used COVID-19 mandates or vaccines to carry out attacks since 2020. The agency didn’t elaborate or provide additional evidence for its allegations. DHS also listed online claims of election fraud as a contributor, and it again didn’t provide additional details or evidence.

It stated that violent extremists, including the individual who recently launched an attack against the synagogue in Texas, highlight “the continuing threat of violence based upon racial or religious motivations, as well as threats against faith-based organizations.”

The ISIS terrorist group and its affiliates “may issue public calls for retaliation due to the strike that recently killed ISIS leader Abu Ibrahim al-Hashimi al-Qurayshi,” the bulletin states. The Biden administration announced last week that al-Qurayshi was killed during a raid in northern Syria.

The bulletin also made note of alleged recent threats to black colleges and universities across the United States.

“Domestic violent extremists have also viewed attacks against U.S. critical infrastructure as a means to create chaos and advance ideological goals, and have recently aspired to disrupt U.S. electric and communications critical infrastructure, including by spreading false or misleading narratives about 5G cellular technology,” the bulletin reads.

The DHS stated that the heightened threat alert will expire on June 7.