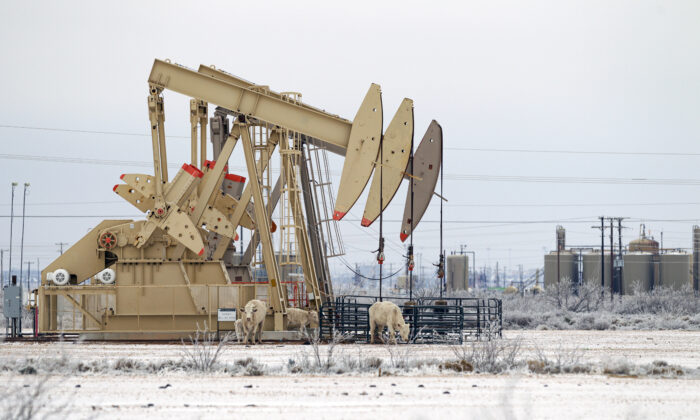 President Joe Biden on Feb. 14 approved an emergency declaration for the state of Texas in response to the severe winter weather throughout the state that began on Feb. 11 and threatens widespread power outages.

The emergency declaration covers all 254 counties in the state.

The action follows the Electric Reliability Council of Texas (ERCOT), the nonprofit organization that operates the state’s power grid, entered its highest alert level overnight Feb. 14 into Feb. 15 and has begun rolling blackouts to conserve power during this harsh winter storm.

Cruz said on Feb. 14 that more than 23,000 Texans had already experienced a loss of power.

“We are experiencing record-breaking electric demand due to the extreme cold temperatures that have gripped Texas,” ERCOT CEO Bill Magness said in a statement on Feb. 14. “At the same time, we are dealing with higher-than-normal generation outages due to frozen wind turbines and limited natural gas supplies available to generating units. We are asking Texans to take some simple, safe steps to lower their energy use during this time.”

Dan Woodfin, ERCOT’s senior director of system operations, said that about half of West Texas’s wind turbine capacity (25,000 megawatts) was “iced out” on Feb. 14. Over the past decade, wind-generated power has gradually increased to overtake coal-generated power. In 2020, 23 percent of the energy supplied to the state’s grid was wind-generated.

Woodfin said the organization expects it will need to go into emergency operations until Feb. 16. It asked consumers and businesses to reduce their electricity consumption where possible until then.

“During this fairly unprecedented cold weather event across the entire state, electric demand is expected to exceed our previous winter peak record set in January of 2018 by up to 10,000 megawatts,” Woodfin said, The Texas Tribune reported. “In fact, the peak demand on … [Feb. 16] is currently forecasted to meet or exceed our all time summer peak demand of 74,820 megawatts.”

Woodfin noted that if demand for electricity is close to reaching its capacity, ERCOT can declare a level-one, level-two, or level-three energy emergency alert (EEA), which will see it tap into power reserves as well as allow it to import electricity from other regions and request extra power from transmission companies, according to the news outlet.

“If the additional resources available during an EEA [are] still not sufficient to balance generation and load, and we still don’t have enough resources to serve the demand, then we could have to implement what’s called rotating outages … so that we’ve got enough resources to cover what’s what’s left,” he said.

Biden’s emergency declaration will ensure that protective measures are in place for mass care, and sheltering and direct assistance will be provided at 75 percent federal funding, according to a White House statement.

Abbott on Feb. 12 had warned Texans to brace for a winter storm “unprecedented in Texas history” as he declared a disaster for the state. He urged Texans to reduce their energy usage as much as possible in order to conserve power.

“Every part of the state will face freezing conditions over the coming days, and I urge all Texans to remain vigilant against the extremely harsh weather that is coming,” Abbott said in a statement. “Stay off the roads, take conscious steps to conserve energy, and avoid dangerous practices like bringing generators indoors or heating homes with ovens or stovetops. Our emergency response to this winter weather requires a collective approach between state agencies, local officials, and Texans throughout our communities to ensure the safety and security of the Lone Star State.”

ERCOT, in its release, suggested that residents set their thermostats to 68 degrees or lower where possible, close shades and blinds to reduce the amount of heat lost through windows, turn off and unplug nonessential lights and appliances, and to avoid using large appliances such as ovens and washing machines.

“Preparations to protect life and property should be rushed to completion,” the National Weather Service said in an alert for parts of Southeast Texas. “Prepare for power outages and have non-perishable food and water on hand. Do not travel unless it is an emergency. If you must travel, keep an extra blanket, flashlight, food, and water in your vehicle, in case you become stranded.”