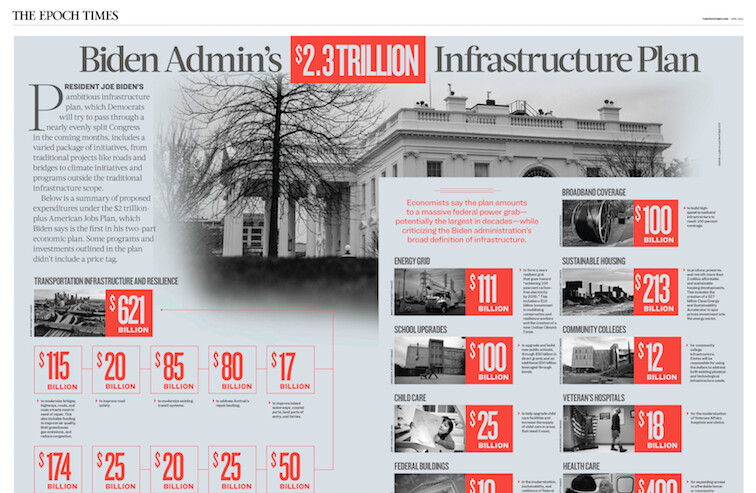 President Joe Biden’s ambitious infrastructure plan, which Democrats will try to pass through a nearly evenly split Congress in the coming months, includes a varied package of initiatives, from traditional projects like roads and bridges to climate initiatives and programs outside the traditional infrastructure scope.

Below is a summary of proposed expenditures under the $2 trillion-plus American Jobs Plan, which Biden says is the first in his two-part economic plan. Some programs and investments outlined in the plan didn’t include a price tag.