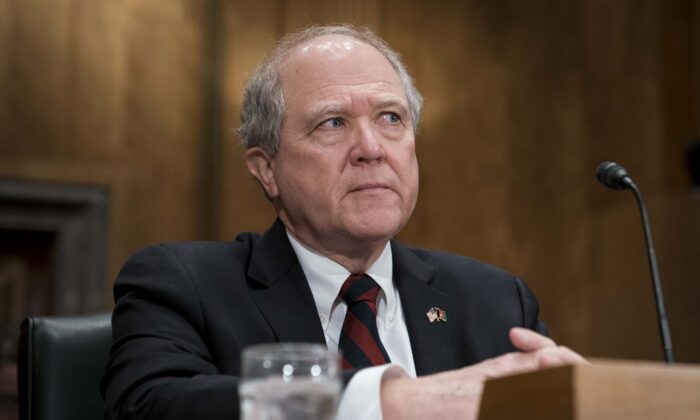 “In light of recent events, it is not surprising that the Afghan government, and likely some in DoD, wanted to keep that information under lock and key,” he said.

Sopko said he was forced to relegate the information into the classified appendices of a recent report his office released detailing flaws in the United States’ 20-year war in Afghanistan.

“This information almost certainly would have benefited Congress and the public in assessing whether progress was being made in Afghanistan and, more importantly, whether we should have ended our efforts there earlier,” he said.

The DoD stated that Sopko’s report “lacks context” in their response to the SIGAR’s claim.

“DoD is well aware of the Special Investigator for Afghanistan Reconstruction’s recent report. Its assertions that DoD deliberately withheld information on the Afghan Security Forces lacks context as the department took significant effort to ensure that the availability of data on Afghan forces was treated similarly to how DoD would manage such data on U.S. forces,” Maj. Rob Lodewick, a Pentagon spokesman, told The Epoch Times in an email.

The Pentagon maintains that it was the Afghan government that wanted to classify the data and that it recommended against it, but “abided by the decision of the original classification authority.” Overall, the department says it has cooperated with the SIGAR since the office was created by Congress.

The State Department wrote to Sopko shortly after U.S.-backed Afghan forces were routed by the Taliban terrorist group as the United States moved to fully withdraw from the country.

“Shortly after the fall of Kabul, the State Department wrote to me and other oversight agencies requesting to ‘temporarily suspend access’ to all ‘audit, inspection, and financial audit … reports’ on our website because the department was afraid that information included in those reports could put Afghan allies at risk,” Sopko said.

While the watchdog believes that Afghans at risk should be protected, the State Department was never able to describe any specific threats, nor could it explain how removing the reports “could possibly protect anyone, since many were years old and already extensively disseminated worldwide.”

While Sopko complied reluctantly with the request, he became more puzzled when the agency reached out asking him to redact roughly 2,400 items in the reports, including the name of former Afghan President Ashraf Ghani. A review found all but four requests to be “without merit.”

“In my opinion, the full picture of what happened in August—and all the warning signs that could have predicted the outcome—will only be revealed if the information that the Departments of Defense and State have already restricted from public release is made available,” Sopko said.

The speech was delivered to a conference in Arlington, Virginia.

A State Department spokesperson said in an email that the agency has worked to address the challenges SIGAR has identified in its report and recognizes the importance of the watchdog’s work.

“Due to safety and security concerns regarding our ongoing evacuation efforts, we requested some reports be temporarily removed to redact identifying information from public records and protect the identities of Afghans and Afghan partner organizations. SIGAR has the authority to restore the reports when it deems appropriate,” the spokesperson said.