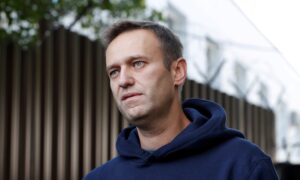 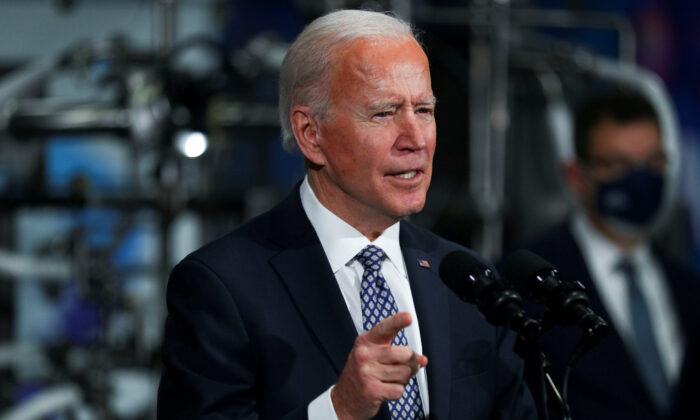 Nord Stream 2 is a project aimed at connecting Russia and Germany through offshore natural gas pipelines. Russia would then be able to better provide natural gas to European nations.

“The Nord Stream 2 Pipeline will transport natural gas into the European Union to enhance the security of supply, support climate goals and strengthen the internal energy market,” the project’s website states, alleging the union “needs reliable, affordable, and sustainable new gas supplies” because its “domestic gas production is in rapid decline.”

The United States has long opposed the project, asserting it would allow Russia to pressure countries if it could cut off energy from them.

State Department spokesman Ned Price reiterated that view in Washington on Friday but indicated President Joe Biden’s administration is reluctant to impose sanctions if the displeasure is ignored.

“We’ve been clear for some time that Nord Stream 2 is a bad deal and that companies risk sanctions if they are involved. But as we said, we don’t preview any potential sanctions,” he said during a briefing.

Price spoke as the administration released a congressionally mandated report on the pipeline.

The administration announced to members of Congress it was designating the Fortuna, a Russian ship, and its owner, KVT-RUS. But both those entities were already sanctioned by former President Donald Trump on Jan. 19.

“I am deeply troubled and disappointed by the State Department’s report on Nord Stream 2 activities and their decision to forgo additional sanctions on other entities involved in its construction. Congress has passed multiple bipartisan laws regarding this project and specifically broadened the mandatory sanctions to include the types of pipe-laying activities occurring right now. The administration’s decision to ignore these activities demands an immediate explanation,” Sen. Jim Risch (R-Idaho), the top Republican on the Senate Foreign Relations Committee, said in a statement.

“Simply put, today’s sanctions designations are wholly inadequate. Congressional intent is clear and cannot be ignored: the mandatory authorities passed with bipartisan support in the last two NDAAs are meant to stop the completion of the malign Russian Nord Stream 2 pipeline. Period. Sanctioning only the Russian pipe-laying vessel Fortuna and its owner, KVT-RUS—which were both already sanctioned by the previous Administration under separate authorities—does not meet that intent,” Rep. Michael McCaul (R-Texas), the ranking member of the House Foreign Affairs Committee, added.

The threat of sanctions led to a company involved halting its work, causing a months-long delay in the end date of the project.

Biden spoke Friday in a remote fashion at the 2021 Munich Security Conference, accusing Russian President Vladimir Putin of seeking “to weaken the European project, and our NATO Alliance.”

“He wants to undermine the transatlantic unity and our resolve because it’s so much easier for the Kremlin to bully and threaten individual states than it is to negotiate with a strong and closely-united transatlantic community,” he added. “That’s why standing up for the sovereignty and territorial integrity of Ukraine remains a vital concern for Europe and the United States.”

In announcing the sanctions last month, then-Secretary of State Mike Pompeo said the pipeline, if completed, “would give Russia the means to completely bypass Ukraine, depriving Ukraine of vital revenues and opening it up to further Russian aggressive actions, while providing the means to use natural resources as a tool of political pressure and malign influence against western Europe.”

“Today’s announcement demonstrates that the United States is not afraid to hold accountable those who continue to aid and abet this tool of Russian coercion,” he added.

Price said last week that sanctions are “only one of among many important tools,” adding: “We’ll work closely with our allies and partners to reinforce European energy security and to safeguard against the sort of predatory behavior we have warned against.”