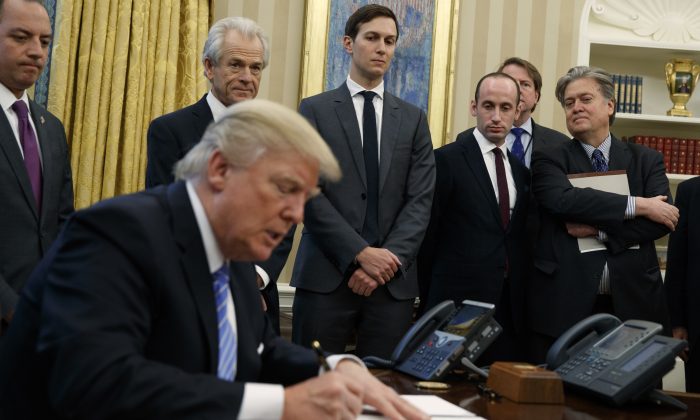 A former White House adviser, Stephen Miller, accused the Biden administration of turning the United States into the “world’s epicenter” of child trafficking due to the administration’s border policies.

“These astronomical numbers defy any historical comparison. So overwhelmingly are the prior records exceeded that there is no reference point. Biden, with the unflinching aid of 50 Senate Democrats, is running the largest child smuggling operation our world has ever seen,” Miller wrote on Twitter over the weekend in response to a report finding that some 250,000 children crossed the border and were sent to “sponsors” since President Joe Biden entered office last year.

Miller, who was one of the Trump administration’s architects and currently heads the America First Legal group, added in a separate interview that the policy is creating “the largest child smuggling epidemic in human history.”

“It has enriched virtually every major child smuggler in the hemisphere and far beyond. It has filled the ranks of MS-13. It has created a monstrous industry of vast global reach,” he told the Washington Examiner on Monday. “And it has made America’s border into the world’s epicenter of labor trafficking, sex trafficking, and modern-day slavery.”

The Epoch Times contacted the Department of Homeland Security for comment.

Miller’s comment comes as increasingly more Americans view the border crisis as an invasion, according to a recent poll.

More than half, or 54 percent, said they believe it’s true or “somewhat true” that the United States is experiencing an invasion at the border. Republicans were much more likely to say the statement is true, with 76 percent agreeing, compared to 40 percent of Democrats and 46 percent of independents.

Due to relaxed immigration enforcement policies, many illegal aliens have been released into the U.S. interior, while deportations have plunged. Customs and Border Protection (CBP) said migrant encounters have topped 2 million this fiscal year—a record.

The surge of illegal immigrants has prompted Texas Gov. Greg Abbott to send groups of aliens to places like Washington, D.C., and New York City, prompting pushback and criticism from those municipalities’ Democrat leaders.

“New York City is the ideal destination for these migrants, who can receive the abundance of city services and housing that Mayor Eric Adams has boasted about within the sanctuary city,” Abbott said in a statement on Aug. 5. “I hope he follows through on his promise of welcoming all migrants with open arms so that our overrun and overwhelmed border towns can find relief.”