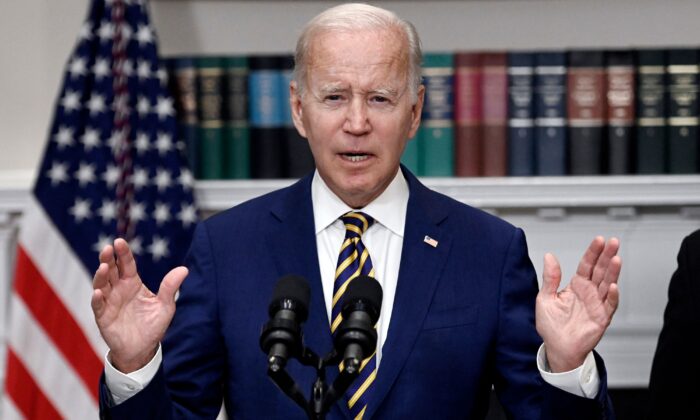 The Department of Justice on Nov. 17 announced a new process that it says will make it easier for individuals struggling with their student loan debt to discharge it in bankruptcy.

“The new process will help ensure consistent treatment of the discharge of federal student loans, reduce the burden on borrowers of pursuing such proceedings and make it easier to identify cases where discharge is appropriate,” the DOJ said in a press release.

Currently, individuals who wish to discharge their student loan debt face a tough process in which they must demonstrate that they will suffer “undue hardship” unless the debt is discharged. As part of the undue hardship analysis, courts will evaluate the borrower’s past, present, and future financial circumstances to see if they qualify for relief.

The process is much more complicated and costly when compared to other types of consumer debt like credit card and medical bills, which are automatically wiped away in normal bankruptcy proceedings.

Under the new process, Department of Education data and a new “borrower-completed attestation form” will be used to help assist the government in assessing the borrower’s request to discharge their debt.

The DOJ noted that while the bankruptcy judge ultimately makes the final decision as to whether or not to grant a discharge, the new process provides clear standards to DOJ attorneys for recommending student debt discharges without the need for “unnecessarily burdensome and time-consuming investigations.”

It added that the new process will also help borrowers who are unsure if they are entitled to relief through bankruptcy to more easily identify if they meet the criteria for a discharge.

“Today’s guidance outlines a better, fairer, more transparent process for student loan borrowers in bankruptcy,” said Associate Attorney General Vanita Gupta. “It will allow Justice Department attorneys to more easily identify cases in which we can recommend the discharge of a borrower’s student loans. We are grateful to the Department of Education for its partnership in developing this guidance.”

According to the American Bankruptcy Law Journal, just 0.1 percent of student-loan borrowers attempt to discharge their debt through bankruptcy.

The new guidance comes as the Biden administration is facing a string of legal challenges to its costly student loan forgiveness plan.

Biden announced in August that he plans to cancel up to $10,000 in student loan debt for individuals making less than $125,000 a year, or as much as $20,000 for eligible borrowers who were also Pell Grant recipients.

The administration began accepting applications for the program in October, with Biden stating that the application will take “less than five minutes” to complete and will be a “game changer for millions of Americans.”

However, the administration has since stopped accepting applications for the program after Judge Mark Pittman of the U.S. District Court for the Northern District of Texas on Nov. 8 struck down the program and ruled it “an unconstitutional exercise of Congress’s legislative power” that “must be vacated.”

Several other courts have also ruled the program is unconstitutional.

In a court filing on Thursday, cited by The Associated Press, the Biden administration said that it plans to ask the Supreme Court to reinstate the debt cancellation program and maintains that it has the legal authority to roll out the program.