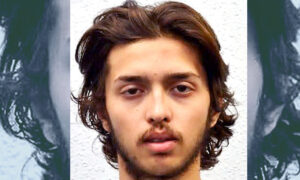 The U.S. Department of Justice on Friday announced it would shut down the historically troubled federal Manhattan jail where disgraced financier Jeffrey Epstein was found dead two years ago.

The Manhattan Correctional Center (MCC) was the subject of criticism after Epstein, a convicted sex offender who had ties with some of the wealthiest and most powerful people in the world, was discovered dead in August 2019, his death later being ruled a suicide. Epstein was being held in the jail after his arrest on charges that he operated a sex trafficking ring.

“As part of this effort, the Bureau of Prisons has assessed steps necessary to improve conditions at the Metropolitan Correctional Center (MCC) in New York City,” a Justice Department person said in a statement on Thursday. “In an effort to address the issues at MCC NY as quickly and efficiently as possible, the Department has decided to close the MCC, at least temporarily, until those issues have been resolved.”

The statement continued to say that plans for the MCC’s deactivation are underway and that the Justice Department will “have more updates” in the future. The agency did not provide a timetable for the closure.

“The Department of Justice is committed to ensuring that every facility in the federal prison system is not only safe and secure, but also provides people in custody with the resources and programs they need to make a successful return to society after they have served their time,” the statement added.

According to the Bureau of Prison’s website, there are currently more than 260 inmates being held in the facility.

Over the years, inmates and their lawyers have complained the MCC was infested with roaches, rats, and mice; multiple inmates were forced to share dirty toilets and sinks; water leaks were commonplace; and extremely cold conditions in the winter.

In March 2020, the jail was placed on lockdown after officials discovered a tip that suggested a gun may have been smuggled inside the facility. Investigators found a handgun and also found numerous contraband items, including narcotics, phones, and prison-made weapons.

Edward Friedland, district court executive for federal court in the Southern District of New York, told CNN on Friday that his office was not made aware of the closure until after inquiries.

“After several inquiries by the Court, we were notified late today of the BOP’s plans to close the facility,” Friedland said in a statement. “We will be meeting with BOP officials to review their plan so that we can ensure all necessary access for attorneys to their clients and the ability for defendants to appear in a timely fashion as required by the court.”

The Epoch Times has reached out to the Justice Department for additional comment.