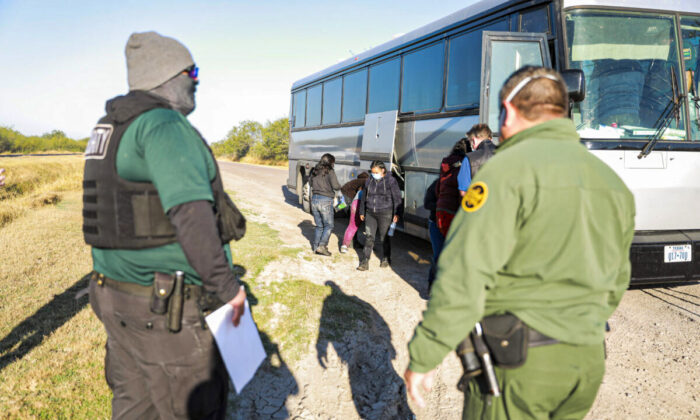 The Biden administration on Friday said it will soon terminate the Title 42 public health policy that has been used for the past two years to quickly expel illegal immigrants at the southern U.S. border, amid fears of a significant wave of migrants approaching in the coming months.

“After considering current public health conditions and an increased availability of tools to fight COVID-19 (such as highly effective vaccines and therapeutics), the CDC Director has determined that an Order suspending the right to introduce migrants into the United States is no longer necessary,” the Centers for Disease Control and Prevention (CDC) said in a statement on Friday.

Title 42 was implemented under the Trump administration as a means to quickly deport illegal aliens due to the pandemic. Both former President Donald Trump and President Joe Biden used the measure.

The order will now end on May 23, said the CDC, which added that the decision was made “in consultation with the Department of Homeland Security.” The agencies will now be “scaling up a program to provide COVID-19 vaccinations to migrants and prepare for resumption of regular migration under Title 8,” the CDC said.

Critics have said that removing the rule will likely draw more illegal immigrants to the U.S.–Mexico border. In February of this year, Title 42 reportedly forced the return of about 55 percent of illegal immigrants.

Among them, Republican Arizona Attorney General Mark Brnovich warned that rescinding Title 42 will spur a “tidal wave” of illegal immigration,  according to a letter he sent to the White House this week.

“Your immigration policies have already led to the worst border crisis in our nation’s history, and now we understand that your administration is rolling back a vital policy, Title 42, which will further compromise public health and overwhelm law enforcement,” he said.

Sens. Mark Kelly (D-Ariz.) and Kyrsten Sinema (D-Ariz.) have also expressed concerns about the decision, speaking with Homeland Security Secretary Alejandro Mayorkas on Wednesday. Sinema announced that she told Mayorkas she intends to hold a hearing on the issue.

But the White House, in response to reports that the CDC would end the rule, alleged that most people who cross the border illegally won’t be able to remain in the United States.

“To be clear, most individuals who crossed the border without legal authorization will be promptly placed into removal proceedings and if they are unable to establish a legal basis to remain in the United States, they’ll be expeditiously removed,” White House communications director Kate Bedingfield told reporters on Thursday.

Over the past year, some left-wing groups and Democrat lawmakers have pressured Biden to rescind the order, while others, including the American Civil Liberties Union, have filed lawsuits to block the rule.

Ahead of the 2022 midterms, it’s likely that GOP lawmakers will attack Biden and Democrats for removing the rule in a bid to portray the party as weak on immigration and border security.

It comes as the head of the Border Patrol, Raul Ortiz, said earlier this week that the United States is slated to reach 1 million illegal immigrant encounters so far this year.

“Probably in the next two or three days we’ll get over a million encounters or apprehensions along the southwest border,” Ortiz said at the Border Security Expo in San Antonio, Texas.