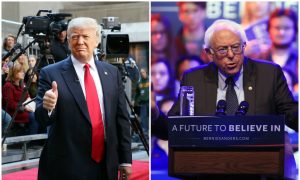 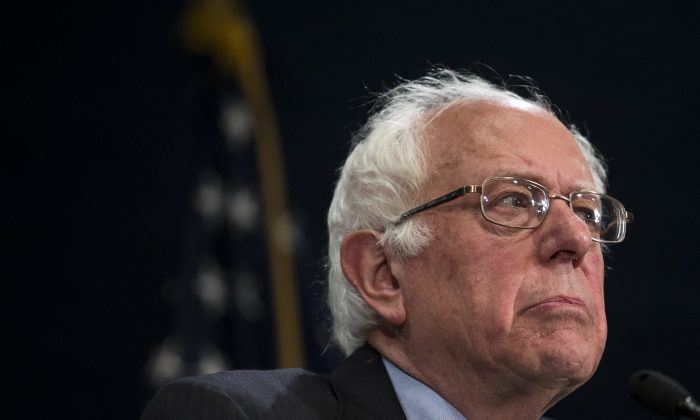 Bernie Sanders: The Democratic National Convention Will Be Contested

Following crippling losses in 5 of 6 states in the Northeast, Vermont Senator and Democratic candidate Bernie Sanders is vowing to stay in the race until the Democratic National Convention in Philadelphia this summer.

He’s also predicted that former Secretary of State Hillary Clinton “will need superdelegates to take her over the top at the convention in Philadelphia. In other words, it will be a contested convention.”

Sanders is referring to the majority of delegates needed to solidify a nomination—of the 4,763 delegates, a Democratic nominee needs to solidify 2,382 pledged delegates on the first vote to get a majority.

The argument that Sanders is making—and his campaign has been making—is that superdelegates in states that voted heavily in favor of Sanders should follow the voters.

“I would ask the superdelegates from the state of Washington to respect the wishes from the people in their state and the votes they have cast.”

Despite this plea, Sanders’s chances of getting the nomination are very slim. In pledged delegates, he’s over 300 pledged delegates behind Clinton, and almost 500 more superdelegates have come out in favor of the former secretary of state.

Sanders conceded that the fight would not be an easy one:

“For us to win the majority of pledged delegates, we need to win 710 out of the remaining 1083,” Sanders said. “That is 65 percent. That is, admittedly, a tough road to climb, but not an impossible one. And we intend to fight for every vote and delegate remaining.”

Some, including Morning Joe’s Joe Scarborough, have floated that the reason for Sanders holding out and fighting until the end of primary season is because of Clinton’s ongoing email scandal, which has followed her around for the entire 2016 presidential cycle.

“Maybe that’s what he’s waiting for because obviously then we’d switch all the super delegates in his favor, giving him the nomination” he added, “if [the investigation] didn’t go the way the Clintons wanted it to go.”

The prediction comes just days before Indiana’s May 3 primary where the latest poll from NBC/Marist gives Clinton a 4 point advantage and American Research Group gives her an 8 point advantage.

The Sanders campaign has begun laying off members of staff in states that have already voted, and a reports shows that they only raised $26 million in April—down from $44 million in March.