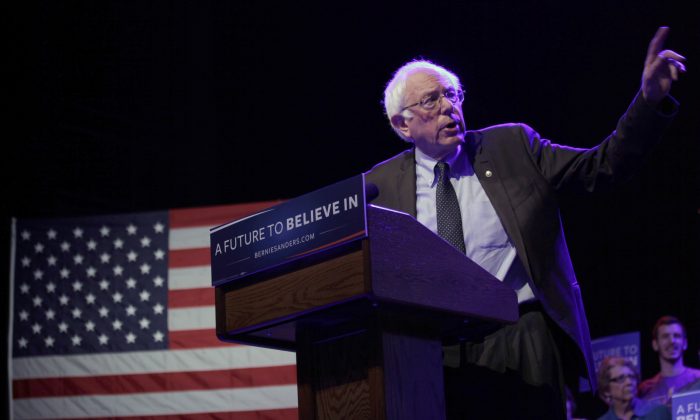 Bernie Sanders Off D.C. Primary Ballot Due to Administrative Error

When Democrats go to cast their votes in the Washington D.C. Primary on June 14, Bernie Sanders’s name may not be on the ballot due to an administrative error.

Bernie Sanders’s campaigns submitted the required $2,500 donation to the Democratic National Committee on the March 16 deadline to put him on the ballot.

However, the district’s Democratic Party failed to inform the Washington D.C. Board of Elections until the next day, making the donation late, and keeping Sanders off the ballot.

Hillary Clinton submitted a petition of 1,000 signatures along with the same $2,500 donation, but there were no issues regarding her submission.

We did what the D.C. law requires in order to get Bernie in the ballot, and we are confident he will be on the ballot.
— Michael Briggs, Sanders campaign spokesman

A schoolteacher and former president of the D.C. Federation of Civic Associations named Robert Brannum, challenged Mr. Sanders’ candidacy on March 24, according to the Washington Times. A hearing by the Board of Elections will happen on April 6, according to the Ledger Independant.

Despite the error and subsequent challenge, Bernie Sanders has chances to appeal for his name to appear on the ballot.

If the challenge stands D.C. Democratic Party Chair Anita Bonds said that the D.C. Council could have Sanders’ name placed on the ballot through an emergency vote.