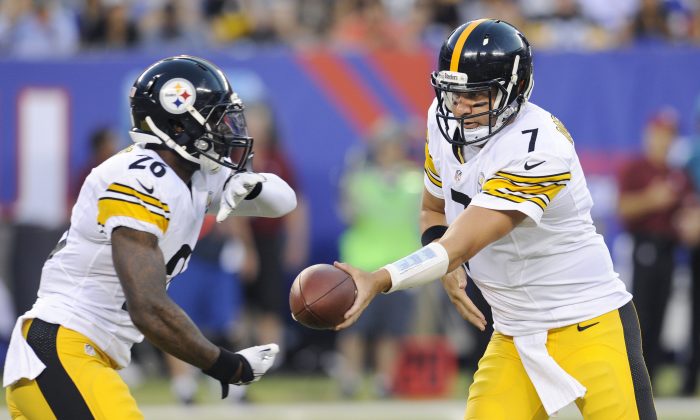 Ben Roethlisberger, the Pittsburgh Steelers quarterback who is set to play the Baltimore Ravens on Thursday, got married to Ashley Harlan 2011.

At 1:11 AM, we were blessed to welcome into this world another beautiful gift from God, Baylee Marie Roethlisberger! pic.twitter.com/phcn0Aoqht

Amid the Ray Rice controversy where Rice was shown punching his then-fiancee in the face in an elevator several months ago, Roethlisberger offered a response.

“We pray for him and his wife and his family,” Roethlisberger said, according to the Baltimore Sun. “The biggest focus is the game on Thursday. That’s really all that we can afford to deal with right now on such a short week and notice. And that’s the most important thing for us right now is what we control.”

Roethlisberger was the first player to get a suspension under the NFL personal-conduct penalty. He was investigated for allegedly sexually assaulting a female college student in Pennsylvania, but he wasn’t ever charged with a crime.

Roethlisberger was originally suspended for six games but it was reduced to four.