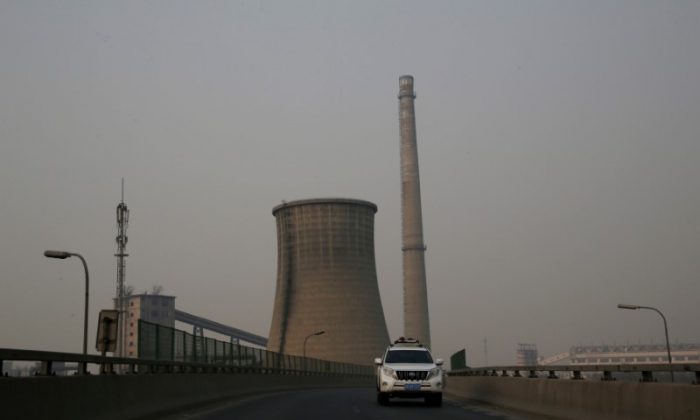 A vehicle drives past a closed factory on a polluted day after the Chinese Lunar New Year holidays in Beijing, China, on February 3, 2017. (Jason Lee/Reuters)
Chinese Regime

Beijing Upgrades Manufacturing Sector at the Expense of Low-Income Population

SHANGHAI—The city of Beijing will shut about 1,000 manufacturing firms by 2020 as part of a program that’s aimed at curbing smog and boosting income in neighboring regions, state media said on July 30.

The move is part of China’s plan to upgrade its manufacturing sector, with a focus on developing dynamic, high-tech industries and withdrawing from “ordinary” manufacturing, the Chinese Communist Party mouthpiece People’s Daily reported, citing a recent policy document published by the municipal government of Beijing .

The plan, however, appears to be moving forward at the expense of ordinary citizens, such as migrant workers. In December 2017, Beijing authorities began to evict the so-called low-class population, including laborers, migrant workers, street hawkers, and out-of-town petitioners, following a deadly fire that engulfed a suburb where many of these workers lived. Similar evictions soon spread to other Chinese cities.

In early July, police officers shut down multiple clothing factories in Daxing District in Beijing, resulting in large numbers of migrant workers losing their jobs, according to a July 19 report by Radio Free Asia (RFA). Local citizens complained that the closing of these factories would be devastating to the local economy.

One unidentified local clothing businessman told RFA that the local economy boomed upon the arrival of these migrant workers, with many new businesses opening, such as supermarkets and factories.

China rolled out a plan to improve coordination in the smog-prone Beijing-Tianjin-Hebei Province region in 2014 amid concern that competition between the three jurisdictions was wasting resources and creating overcapacity and pollution.

The goal is to phase out manufacturing and heavy industry in Beijing, and relocate universities and some government departments into Hebei’s new economic zone of Xiong’an.

The Chinese regime also wants to create an integrated transport network and unify standards in areas such as welfare and education to make Hebei—long known for its heavy industry—more attractive to investors.