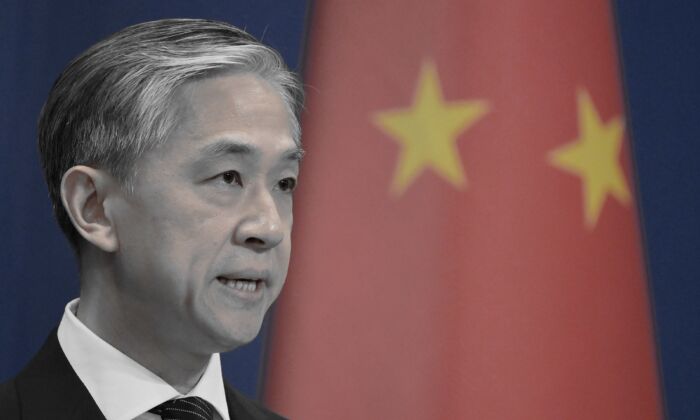 Beijing’s Foreign Ministry has confirmed a contentious security pact that will pave the way for Chinese troops and weapons to be stationed in the South Pacific has been officially signed with the Solomon Islands’ leadership.

The comments from Chinese Foreign Ministry spokesperson Wang Wenbin has sparked finger-pointing in Australian political circles over the success—and failures—of diplomatic engagement in the region.

Wang confirmed on April 19 that the “Framework Agreement Between the Government of the People’s Republic of China (PRC) and the Government of Solomon Islands on Security Cooperation” had been signed between the PRC’s Foreign Minister Wang Yi and the Solomon Islands’ Minister of Foreign Affairs Jeremiah Manele. The latest apparent signing comes after an earlier official “initialling” of the agreement between foreign representatives in late March.

Wang Wenbin said the agreement was signed in respect of the “will and actual need of the Solomon Islands” and that it would “not target any third party.”

Australian and U.S. senior officials have been caught wrong-footed by the emergence of the deal that security experts warn will see the likely militarisation of the Pacific Islands—expanding the reach of the Chinese People’s Liberation Army beyond the South China Sea to within 1,700 kilometres of Australia’s northern city of Cairns.

The location of the Solomon Islands is critical and was the site of extensive fighting during World War II because of its influence over sea lanes.

The deal would, in essence, allow the Chinese Communist Party—with the consent of the Solomons—to dispatch police, troops, weapons and even naval ships to “protect the safety of Chinese personnel and major projects in the Solomon Islands.”

Meanwhile, U.S. Indo-Pacific coordinator Kurt Campbell is due to touchdown in the Solomon Islands in the coming days to speak with Solomons’ Prime Minister Manasseh Sogavare. It comes after Australian foreign affairs officials, the presiding Pacific Minister Zed Seselja, and two heads of intelligence all met with the prime minister urging him to call-off the deal.

Australia’s Labor opposition party has blamed the Morrison government for dropping the ball on engagement in the region.

Penny Wong, Labor’s foreign affairs spokesperson, said that under Prime Minister Scott Morrison the region was “less secure” and the risks to Australia were far greater.

Current Foreign Affairs Minister Marise Payne said criticising the government did not recognise that the decisions of the Solomon Islands’ leadership were “decisions that governments make for themselves.”

“It also doesn’t recognise the strength and the engagement that Australia has made through the Pacific Step-up [program],” she told the ABC, noting however that the security pact was not concluded in an “open and transparent way.”

“Security issues have been dealt with in a Pacific-wide manner, that’s the traditional approach for these issues, and that’s why some Pacific partners have also raised concerns,” she added.

Meanwhile, Australia’s Pacific minister has ruled out cutting aid spending to the Pacific nation in response to the agreement.

A tactic that geopolitical analyst Cleo Paskal, of the Asia-Pacific Programme at the London-based Chatham House, said was needed to put pressure on the Solomon Islands’ prime minister.

“Put out the steps that the various provinces, including Malaita [Province], agreed to. There’s a whole series of things that have already been negotiated—everybody signed on, including the government under Sogavare,” she said, while saying neighbouring countries should stop focusing their efforts on changing the mind of Sogavare, and instead, increase engagement with other stakeholders in the Solomons.

In fact, provincial leaders and the national opposition leader Matthew Wale have been vocal in their criticism of the Beijing security deal.

“All the drivers of instability, insecurity and even threats to national unity in Solomon Islands are entirely internal,” Wale said in a statement obtained by The Epoch Times.

He called Sogavare a “mercenary” of Beijing, and that the leader had longed for the day he could “exact revenge” on Australia—the prime minister has been a long-time critic of Australia’s involvement in the region claiming it was engaging in “colonialism.”

The Solomons opposition leader said “that day [of vengeance] has arrived, and he has gladly thrust his sword into Australia’s back. China is only too happy to oblige Prime Minister Sogavare, there is a meeting of minds on this.”