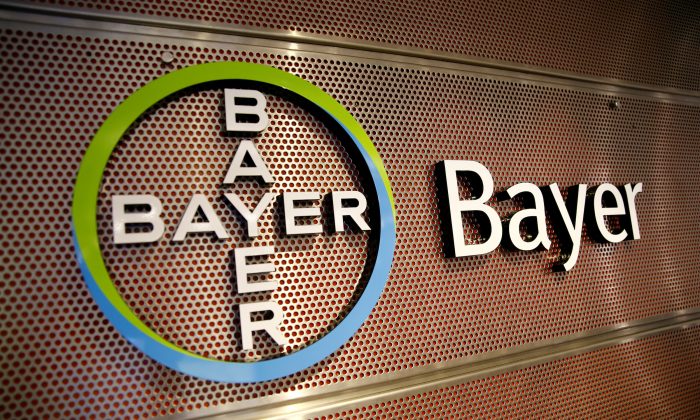 Logo of Bayer AG is pictured at the annual results news conference of the German drugmaker in Leverkusen, Germany on Feb. 27, 2019. (Wolfgang Rattay/Reuters)
Vaccines & Safety

A speech made last year by a Bayer executive mentioning that messenger RNA (mRNA) vaccines are gene therapy is gaining traction on social media for the second time since it was initially posted online in October 2021.

Stefan Oelrich, a member of the Board of Management of Bayer and head of the Pharmaceuticals Division, gave a speech at the World Health Summit focused on biotechnological innovation. He said his company is “really taking that leap … in cell and gene therapy.”

“Ultimately, the mRNA vaccines are an example for that cell and gene therapy,” Oelrich said at the event’s opening in Berlin.

“I always like to say, if we had surveyed two years ago in the public—‘would you be willing to take gene or cell therapy and inject it into your body?’—we probably would have had a 95 percent refusal rate,” he added.

The pandemic has given the pharmaceutical industry innovation opportunities that may have not been possible before, Oelrich said.

“I think this pandemic has also opened many people’s eyes to innovation in the way that was maybe not possible before,” the Bayer executive said. “But it’s not just the industry that has to innovate, it’s across all the value chains starting with the academia and university, and again, the World Health Summit.”

Bayer did not reply to The Epoch Times’ request for comment by publishing time.

Skeptics of the mRNA COVID-19 vaccines contend that they are gene therapy and not what true vaccines are since they do not protect against infection, viral replication, or transmission. Rather they work more like a medication that prevents severe disease and death.

The Centers for Disease Control and Prevention has revised the definition of a vaccine as “a preparation that is used to stimulate the body’s immune response against disease” in September 2021. The federal agency told The Epoch Times that the new definition was more transparent and would not be “misinterpreted to mean vaccines are 100% effective.”

Anyone calling the novel COVID-19 vaccines gene therapy or questioning their safety and effectiveness continues to get censored on social media.

A pioneer of the mRNA vaccine technology, Dr. Robert Malone, who calls the COVID-19 vaccine a genetic vaccine was de-platformed from all major social media sites, for raising concerns over the safety of the vaccines and the mandates.

The government and vaccine makers deny the claim that the mRNA vaccine is a gene or cell therapy and say there is no risk of the vaccines integrating with our DNA or entering the cell’s nucleus that houses our DNA.

Yet a Swedish study—conducted outside a living organism, or in vitro—has shown that the Pfizer COVID-19 vaccine can enter human liver cells and convert the mRNA to spike DNA within six hours. In addition, these spike DNA were found in the nucleus. More studies are needed to examine whether the spike DNA integrates into our genome.

Pfizer says its mRNA COVID-19 does not alter the DNA.

“Our COVID-19 vaccine does not alter the DNA sequence of a human cell,” a Pfizer spokesperson told The Epoch Times via email. “It only presents the body with the instructions to build immunity.”