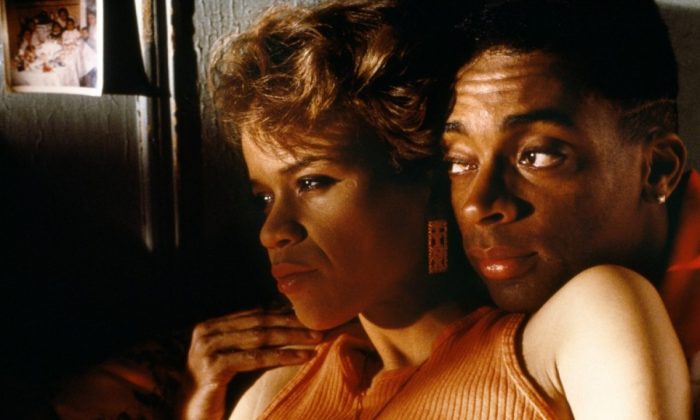 A still from Spike Lee's "Do the Right Thing," which will screen at the end of BAMcinemaFest along with a director's talk. (Courtesy Universal/Photofest)
Entertainment

It’s easy to mix up BAMcinématek and BAMcinemaFest.

And how is that different from BAMcinemaFest? Back in 2006, BAMcinématek partnered with the Sundance Institute and started BAMcinemaFest, a 16-day festival running repertory favorites, as well as NY feature premieres.

This year, the 6th annual BAMcinemaFest (June 18 to 29) will show 24 New York premieres, one U.S. premiere, and one world premiere.

Directed by Richard Linklater
First up, in the premiere category, will be Richard Linklater’s “Boyhood,” already heralded as groundbreaking. Linklater’s films, his “Before” trilogy and “Dazed & Confused,” among others, have designated him as a filmmaker able to summon powerful atmospheres, as well as present cutting-edge, thought-provoking issues. Linklater is a culture-changer.

Directed by Amanda Rose Wilder
New Jersey’s Teddy McArdle Free School: Teachers try to teach democracy and critical thinking, but the kids get to make their own rules. Since when do kids make better rules than adults? One might assume the elephant in the title means the elephant in the room—that is, kids don’t know what’s good for them.

Directed by Mike Cahill
A molecular biologist studies the evolution of eyes. Has a possible game-changer of a scientific breakthrough. A powerful romance hits him at the same time. It gets metaphysical—could one thing be linked to the other thing?

Directed by Bong Joon-Ho
Considered the festival’s centerpiece, it’s an allegorical, dystopian thriller. A future, failed global-warming experiment destroys all earthly life. A lucky few make it onto the Snowpiercer, a train that travels around the globe. A class system evolves.

Directed by Paul Harrill
Newlywed Peggy (Ashley Shelton) has a spiritual crisis, following a huge tragedy, and quests to discover her true purpose. Career, marriage, friends go by the wayside as she goes all in to figure it all out.

Directed by Joe Swanberg
Jenny (Anna Kendrick) moves in with her brother (Swanberg) and his wife (Melanie Lynskey of “Two and a Half Men”) and, since she’s dealing with a recent break-up, there’s much drinking and craziness. Lena Dunham (HBO’s “Girls”) is her high school friend.

Closing the festival will be the work of another culture-changer: Brooklyn’s very own Spike Lee, celebrating the 25th anniversary of “Do the Right Thing,” possibly the most famous of the “Spike Lee Joints,” the very title of which instantly entered American vernacular. Spike himself plays Mookie, local pizza-joint delivery boy, at the center of the action, the action being Bedford-Stuy, Brooklyn, under record-breaking heat and racial tensions.

In addition, the festival will feature six short films. A live performance by the Mingus Dynasty will accompany the 1981 film “Stations of the Elevated,” a film chronicling the graffiti New York was known for.