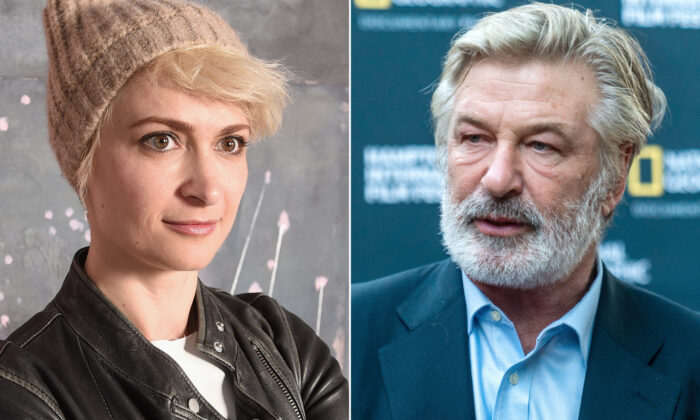 If one terrible thing happens with a gun, gun control activists reflexively call for bans or other new regulations. There is rarely a consideration of costs and benefits. Actor Alec Baldwin has demonstrated this thinking again after the accidental fatal shooting on the set of his movie in New Mexico.

“[H]ow many bullets were fired in movies and TV shows over the last 75 years?” he said on Saturday. “… Billions? In the last 75 years? And nearly all of them without incident. … Some new measures have to take place. … No live ammunition. No real weapons in the set.”

Baldwin is right about how rare these accidental deaths are. Before he shot and killed Halyna Hutchins on the set of his movie “Rust,” Brandon Lee’s death in 1993 was the last recorded death by a gun on a movie set (he was filming “The Crow”). As with Hutchins’ death, the gun fired a real bullet. Before that, there was actor Jon-Erik Hexum’s death in 1984. While waiting between takes, Hexum put a gun to his temple and shot himself with a blank. He didn’t understand that blanks contain explosives, and the force of the explosion can kill at very short range.

But going back at least 50 years, the deaths of Hutchins and Lee were the only two involving live ammunition. And those two people would still be alive if live ammunition hadn’t been present on the set.

The “Rust” shooting was an accident, but Baldwin had the ultimate responsibility as the person who pulled the trigger, violating the most basic rules of gun safety. The Actors Equity Association, the union to which Baldwin belongs, clearly states the rules for firearms use on its website:

Baldwin has been an actor for 40 years, working on many movie and television sets where guns were used. He has surely had the basic rules of gun safety explained to him many times.

As the executive producer for “Rust,” and being on site, he may also bear responsibility for two prior accidental gun discharges on the set. He was responsible for the crew. He hired a young novice armorer, Hannah Gutierrez, who expressed doubt in her competency. Presumably, this saved the production some money, but at the risk that something might go wrong.

Baldwin is hardly the only person to seize upon a single tragic event to call for policy changes. President Biden cited a crime earlier this year in Colorado—where a shooter used a pistol stabilizing brace when attacking shoppers in a grocery store—to justify classifying such brace-affixed pistols as machine guns. The braces are just a strap attached to the gun, and they were originally designed to allow wounded and disabled veterans, who may have lost part of a hand, to handle the recoil on handguns. Disabled individuals are often viewed as easy targets by criminals, and stabilizers make it easier to defend themselves. There has been no surge in crime by the disabled using these braces. And the brace made no difference in the Colorado gunman’s ability to carry out the attack.

It is hardly surprising that a single incident, where all sorts of rules had been violated, is again being used to justify calls for policy change. May be with computer-generated imagery or fake guns that fire sparks, real guns can be replaced with no loss to the realism of movie scenes. But, given the extremely biased portrayal of gun use in television and movies, if all guns—including fake ones—are removed from scripts, there might be a benefit. The list of biases include:

I feel terribly sorry for Alec Baldwin and Halyna Hutchins, as well as their families. Unfortunately, people all too often make mistakes that they regret because they weren’t following rules.

But the commonly cited “solution” of banning the gun is no different than to insipidly say we could eliminate car accidents if we just ban cars. A better option might be to hold Baldwin responsible—as the individual who pulled the trigger without checking the gun or paying closer attention to where he pointed it. And as the film’s executive producer, who bears some responsibility for what happens on the set. It is no different than holding someone responsible for an accident if the person was driving recklessly.

Letting people know that there are consequences to catastrophically negligent behavior is one sure way to make these rare events even rarer.