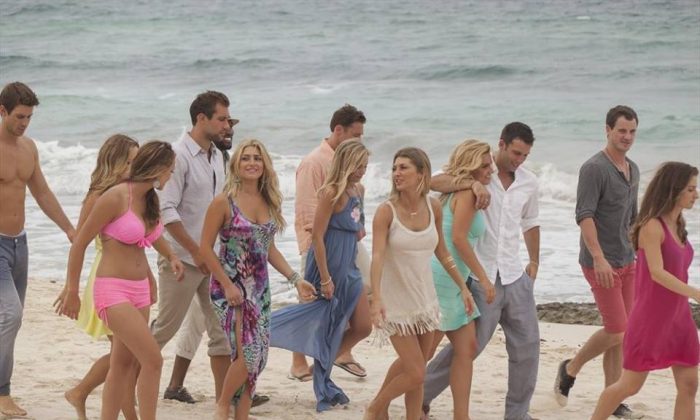 Bachelor in Paradise has been renewed for a season 2, ABC announced on the same day that the season 1 finale is set to air.

The show currently ranks as the No. 1 new summer series in the key 18-49 age demographic, prompting the renewal.

Bachelor in Paradise features former contestants on season of The Bachelor and The Bachelorette trying to find love at a tropical setting, with the usual drama associated with the franchise.

The show is somewhat similar to Bachelor Pad, which was canceled after three seasons, but is different enough that it’s getting more viewers.

Season 2 will likely start in 2015 around the same time that it start this year, Monday, September 8.

See the original ABC description of the show below.

This summer, 25 of The Bachelor’s biggest stars and most controversial contestants are back looking for a second chance at love on Bachelor in Paradise. They all left The Bachelor or The Bachelorette with broken hearts, but now they are back to find their soul mates. Bachelor in Paradise begins with 14 former cast members, eight women and six men, who travel to beautiful Tulum, Mexico hoping to turn a potential summer fling into the real thing. However, in true Bachelor fashion, there is always a surprise.

“At the first rose ceremony, the six men are given a rose to hand out to a woman they’d like to spend more time getting to know in paradise. With an uneven number of men and women in the group, the two women left without roses are immediately sent home heartbroken. Just as potential couples start to pair up, everything changes drastically in the next episode when two new men arrive to paradise with love on their mind.

“For seven weeks, each episode will alternate between two new men or women joining the cast. New relationships may form and current ones may end. Every week, the two people who don’t receive a rose will be forced to leave paradise. It’s a constant love shuffle where surprise arrivals can rekindle old romances, spark new ones or splinter existing love affairs.”