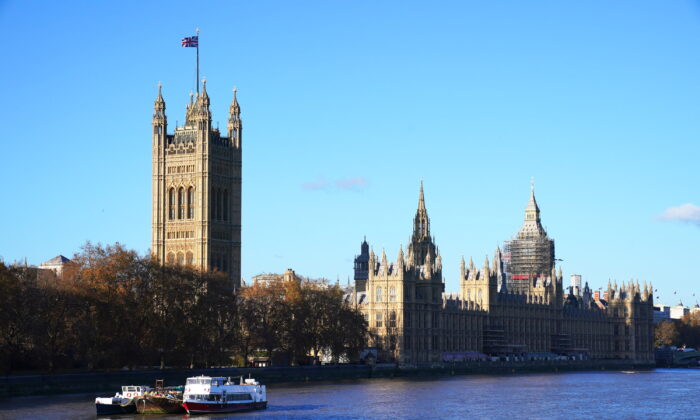 An undated photo of the Union flag flying above the Victoria Tower and the Palace of Westminster in London. (Jonathan Brady/PA)
UK

The House of Commons Procedure Committee has announced a permanent ban on MPs bringing their babies into the chamber.

It comes after Labour MP Stella Creasy brought her 3-month-old son, Pip, into the chamber during a debate.

She said he was “as good as gold” but she later received an email reminding her of the ban on babies.

The Speaker of the House of Commons, Sir Lindsay Hoyle, ordered a review of the rule in November and Creasy said she hoped it would allow “parenting and politics possible to mix.”

At the time Conservative MP Alicia Kearns said the chamber was “no place” for a baby and added, “In no professional workplace would you feed your baby in a meeting with your chief executive, or in a pitch to new clients, or on a stage in front of shareholders.”

On Thursday, reacting to the outcome of the review, shadow defence secretary John Healey said, “In the chamber I think it’s reasonable, if that’s what the speaker decides, that we concentrate on the debates.”

The chair of the Procedure Committee, Conservative MP Karen Bradley, said: “On the balance of evidence received, the committee recommends that current rules remain and members should not bring babies into the House of Commons Chamber or Westminster Hall proceedings.”

Call for House of Commons Commission ‘To Take Stock’

Bradley said: “Many of the issues raised in our inquiry relate to the intersection between members’ personal and professional circumstances. We join the Women and Equalities Committee’s recent calls for the House of Commons Commission to take stock of recommendations made in this space in recent years. The Procedure Committee stands ready to advise the House on any consequences for procedure and practice in the Commons.”

The committee also agreed to make it a permanent feature that MPs on maternal leave, or indeed paternal leave, were able to vote by proxy and this would also be available for MPs who were experiencing serious long-term illness.

Bradley said, “We now call on the government to schedule a debate in the coming weeks to give the House a chance to debate whether proxy voting should be extended in this way, as a pilot and subject to a review.”

In Canada babies are allowed into the parliamentary chamber and in 2018 a video of Karina Gould, a Liberal federal minister, breastfeeding during a debate went viral.