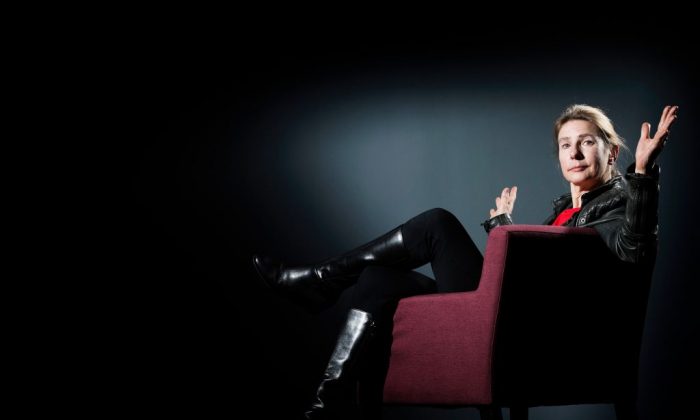 LONDON—Award-winning writer Lionel Shriver has been sacked from a competition panel after describing a publishing giant as “drunk on virtue” in an article challenging the supremacy of diversity over talent.

Shriver is perhaps best known for her novel “We Need To Talk About Kevin,” which won the UK Women’s Prize For Fiction in 2005.

Writing in the center-right British Spectator magazine on June 9, Shriver riffed on the deification of diversity after seeing a questionnaire sent by UK Penguin Random House to literary agents on diversity targets.

She also took umbrage with the publisher’s “proud” declaration that having a degree was no longer a requirement.

She wrote, “Drunk on virtue, Penguin Random House no longer regards the company’s raison d’être as the acquisition and dissemination of good books. Rather, the organization aims to mirror the percentages of minorities in the UK population with statistical precision.”

Women’s magazine Mslexia subsequently fired Shriver on June 12 from her role as judge in their short story competition, part of their annual Women’s Fiction Awards in October.

Co-founder and editorial director Debbie Taylor said in a statement, “Although we welcome open debate, Shriver’s recent comments are not consistent with Mslexia’s ethos and mission, and alienate the very women we are trying to support.”

Writing in The Times, chairman of Index on Censorship David Aaronovitch said Mslexia’s response raised a question: “Why is it that some of the people who should be most protective of free speech and actual open debate are now almost hostile to it in practice?”

“This freedom boat, I’ve realized over the past half decade, is the same boat for all of us, even if we sit in different parts,” Aaronovitch concluded in his article. “Sink it, and we’re all drowned. There’s no ‘but’ after ‘open debate’.”

Some publishers specializing in recruitment of those from minority groups slammed Shriver’s comments, taking it as opportunity to recruit more writers.

“As a disabled author, I’d despise being the beneficiary of some tokenist diversity initiative. I want to be recognized on my merits, just like everyone else.”

UK Penguin Random House CEO Tom Walton said in a statement: “Our goal for our new employees and authors to reflect UK society by 2025 is an ambition, not a quota. This is not about publishing writers purely because of who they are or where they come from. We publish—and will continue to—on talent first and foremost.”

Shriver’s criticisms of the supremacy given to diversity weren’t limited to Random House.

Writing in the Spectator she said: “In the news last week, we find the ultimate example of this fatal confusion over what is your actual job. Will Norman, London’s ‘walking and cycling commissioner,’ bemoaned the fact that too many cyclists in the city are white, male, and middle-class. ‘The real challenge for London cycling,’ he declared, ‘is diversity.’ As opposed to building more cycle lanes for everybody, or fixing potholes lethal to everybody’s wheel rims.”

Following the publication of the article, Shriver told The Guardian she was not anti-diversity. “I have no problem with the program that PRH [Penguin Random House] runs to encourage the development of a broader range of voices. But statistical targets perfectly mirroring the UK population in race, gender, class, ethnicity, and disability are quite another matter.”

“The U.S. has had much more experience with affirmative action [positive discrimination] than the UK, and the policy has had unfortunate consequences. Even the U.S. has moved consistently away from numerical diversity targets.”