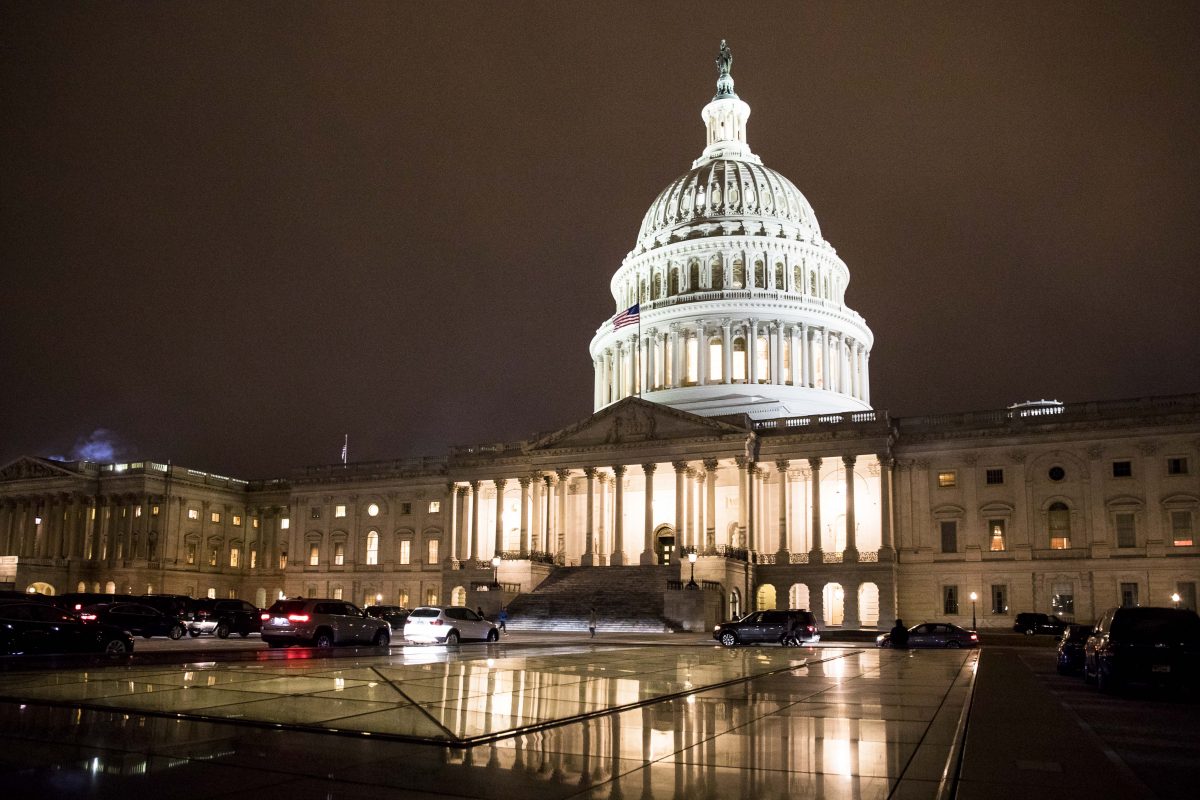 Sensitive congressional data obtained by Congressional IT aide Imran Awan and his associates could become part of a court case filed by the Democratic National Committee (DNC).

In response to the DNC lawsuit, President Donald Trump said that his campaign would request the data among other things.

“Just heard the Campaign was sued by the Obstructionist Democrats. This can be good news in that we will now counter for the DNC Server that they refused to give to the FBI, the Debbie Wasserman Schultz Servers and Documents held by the Pakistani mystery man and Clinton Emails,” President Trump wrote on Twitter.

Imran Awan, a naturalized Pakistani national, began working in Congress in 2000 as a contractor and was hired by several Democratic representatives in 2004. Rep. Debbie Wasserman Schultz (D-Fla.) put Awan on the payroll in 2005.

Imran Awan has been at the center of an IT scandal that has been quietly brewing in Congress since September 2016, when the House Office of Inspector General (IG) found that Awan and his family members accessed congressional servers without authorization multiple times.

The investigation also revealed the suspicious use of servers of the House Democratic Caucus, which could have been used “to store documents taken from other offices or evidence of other illicit activity,” according to the IG presentation, which is not public.

This data could then have been exfiltrated from Congress using Dropbox, which the Awans had installed on at least two computers according to the IG.

“While file sharing sites, such as Dropbox, have legitimate business purposes, use of such sites is also a classic method for insiders to exfiltrate data from an organization,” the IG report states.

Thousands of Congressional files had been filed in two separate Dropbox accounts, which contained information that was likely sensitive according to the IG.

In total, the Awans and their associates worked for 44 House Democrats. It is unclear how many offices they didn’t work for had their data accessed and potentially stolen.

Last week, The Daily Caller reported that the father of Imran Awan, Haji Ashraf Awan, had transferred a USB drive to a Pakistani senator who was also a former head of a Pakistani intelligence agency. It is unclear what information was contained on the USB drive.

Citing a former business partner of Awan’s father, The Daily Caller also reported that Imran had bragged he had the power to “change the U.S. president.”

In total, the Awans and associates were paid an estimated $7 million in Congressional pay since 2007.

On April 20, the DNC filed a lawsuit against the Trump campaign, Wikileaks, and Russia, alleging they cooperated during the 2016 presidential elections against Democratic Candidate Hillary Clinton.

The lawsuit comes at a time when the narrative that Trump colluded with Russia to win the elections has been thoroughly disproven.

A year-long investigation by the House Committee on Intelligence found that no evidence of collusion exists.

The findings corroborate those of an investigation by Director of National Intelligence James Clapper, ordered by then-President Barack Obama, which concluded in January 2017 that no evidence of collusion exists.

Similarly, The Washington Post reported earlier this month that President Trump himself is not a target in the investigation into alleged Russian interference in the 2016 elections.

Deputy Attorney Rod Rosenstein also informed the President last week that he is not a target of Mueller’s probe.

A central claim in the DNC lawsuit is that Russia hacked its servers and disseminated the material obtained.

The DNC, however, continues to refuse to allow the FBI to access the servers in question for forensic examination. Instead, the DNC only provided the FBI with a report by private firm CrowdStrike.

The cybersecurity firm’s own credibility came under fire after an influential British think tank, the International Institute for Strategic Studies, said the company misrepresented data on Russian hacker groups.

Then-FBI Director James Comey said during a March 20 House Intelligence Committee hearing that the FBI “never got direct access to the machines themselves.”

Two months earlier, Comey told the Senate Intelligence Committee that the FBI had made “multiple requests at different levels” to gain access to the devices for their investigations, but they ultimately needed to rely on a private company hired by the DNC to “share with us what they saw.”

He confirmed the FBI had requested and was denied access to both the DNC servers and Clinton campaign chairman John Podesta’s personal devices.

A July 24, 2017, open memo from a group of former intelligence officers called Veteran Intelligence Professionals for Sanity (VIPS) used forensic evidence to show the DNC emails were not hacked.

The downloading took place in the early evening, from a location in the Eastern Daylight time zone, according to the researchers. It was carried out from a computer directly connected to the DNC server or DNC Local Area Network. The unknown individual “copied 1,976 megabytes of data in 87 seconds onto an external storage device,” according to VIPS.