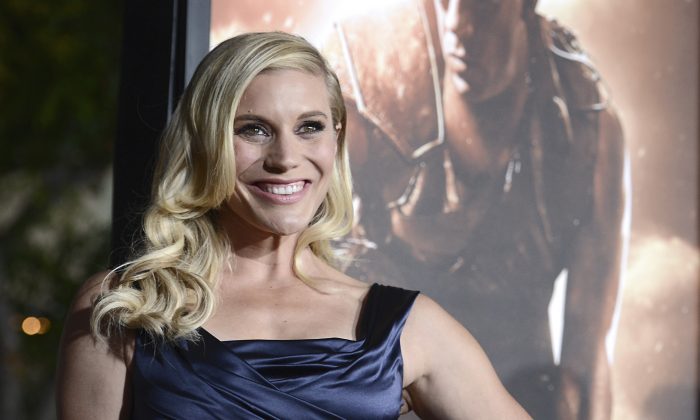 Avengers 2 Age of Ultron Spoilers: Ms. Marvel May Appear But It Won’t be Katee Sackhoff

Ms. Marvel is rumored to appear in the upcoming Avengers: Age of Ultron, also known as Avengers 2–but the character won’t be Katee Sackhoff.

Sackhoff, best known for her turn as Kara Thrace on Battlestar Galactica, prompted rumors by telling fans via Twitter that she has a “super secret job” lined up and that she would “have fun” with the role.

But she later clarified that the job isn’t a Marvel project.

“At this moment, I have not sat down with anybody from Marvel for any role specifically,” she told Vulture, adding that that “doesn’t necessarily mean that something with Marvel is completely off the table in the future” just to keep her options open.

“Any time I can play a strong female lead that’s a role model, it’s a good day,” she said.

The rumors about Ms. Marvel being in Avengers 2 seemed to start from  Bad Ass Digest. A writer on the site,

in an article about how Marvel should have a female-led movie, said that it has seen multiple drafts of Age of Ultron, and all feature a cameo by a character the script calls Ms. Marvel (nothing else, including civilian name or basic look, is specified).

“It’s a cameo, so it could change at any time, but the character is planned for the Marvel Cinematic Universe. This is a fact,” the blog reported.

If it’s not a movie, it might be a television show. A lot more shows about superheroes are coming out lately, from Arrow to Daredevil.