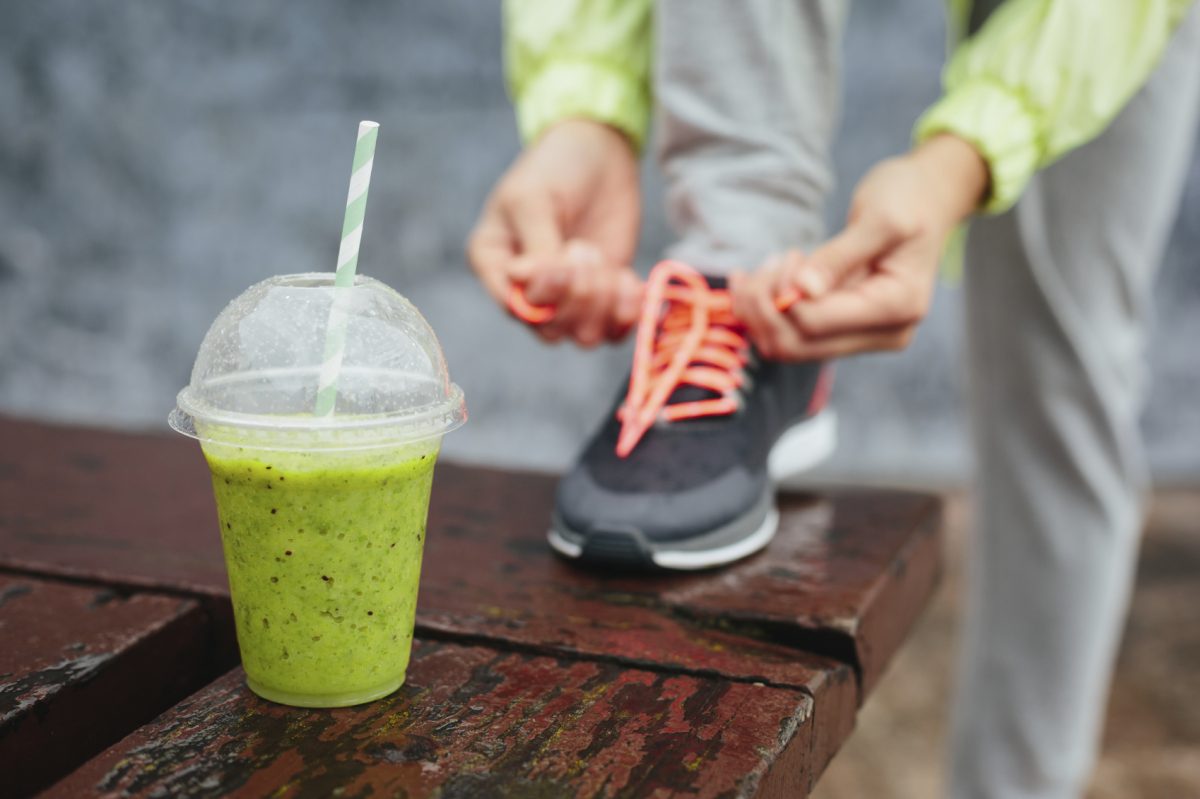 Autophagy — How Your Body Detoxifies and Repairs Itself

While there are many different ways to rid your body of accumulated toxins, from detoxifying foods and chemical and/or natural detox agents to saunas, a biological process known as autophagy plays a key role.

The term autophagy means “self-eating,” and refers to the processes by which your body cleans out various debris, including toxins, and recycles damaged cell components.

Here’s a video that provides a more in-depth biochemical review of the autophagy processes involved in health and disease. As explained in layman’s terms by Greatist:

“Your cells create membranes that hunt out scraps of dead, diseased, or worn-out cells; gobble them up; strip ’em for parts; and use the resulting molecules for energy or to make new cell parts.”

The biological process known as autophagy plays a key role in your body’s ability to detoxify, repair, and regenerate itself

Dr. Colin Champ, a board-certified radiation oncologist and assistant professor at the University of Pittsburgh Medical Center explains it thus:

“Think of it as our body’s innate recycling program. Autophagy makes us more efficient machines to get rid of faulty parts, stop cancerous growths, and stop metabolic dysfunction like obesity and diabetes.”

By boosting your body’s autophagy process, you dampen inflammation, slow down the aging process, and optimize biological function. As noted by Fight Aging:

“Greater autophagy taking place in tissue should mean fewer damaged and disarrayed cells at any given moment in time, which in turn should translate to a longer-lasting organism.”

Like the benefits of exercise, autophagy occurs in response to stress. And, in fact, exercise is one of the ways by which you boost autophagy. As you probably know, exercising creates mild damage to your muscles and tissues that your body then repairs, and by so doing makes your body stronger.

Exercise also helps flush out toxins by sweating, and is helpful for just about any detox program. In fact, many consider exercise a foundational aspect of effective detoxification.

Dr. George Yu, for example, who has been involved with clinical trials to help detoxify people from the Gulf War, recommends using a combination of exercise, sauna, and niacin supplementation to maximize elimination of toxins through your skin.

Exercise is an important component as it also causes vasodilation and increased blood flow. Beyond that, as noted in the featured article:

“One study looked at autophagosomes, structures that form around the pieces of cells that the body has decided to recycle.

After engineering mice to have glowing green autophagosomes … scientists found that the rate at which the mice were healthily demolishing their own cells drastically increased after they ran for 30 minutes on a treadmill.

The rate continued increasing until they’d been running for 80 minutes.”

How Much Exercise Do You Need to Optimize Autophagy?

That said, other research has shown that the “Goldilocks zone” in which exercise produces the greatest benefit for longevity is between 150 to 450 minutes of moderate exercise per week, lowering your risk of early death by 31 and 39 percent respectively.

Spending at least 30 percent of your workout on high-intensity exercises has also been shown to further boost longevity by about 13 percent, compared to exercising at a consistently moderate pace all the time.

Following these general guidelines will likely put you in the most advantageous position for maximizing autophagy as well.

How to Radically Inhibit Autophagy

One of the quickest ways to shut down autophagy is to eat protein. What this will do is stimulate IGF-1 and mTOR, which are potent inhibitors of autophagy.

That is why it’s best to limit your protein to about 40 to 70 grams per day, depending on your lean body mass.

Substantial amounts of protein can be found in meat, fish, eggs, dairy products, legumes, nuts, and seeds. Some vegetables also contain generous amounts of protein — for example, broccoli. Forty grams of protein is not a large amount of food — it’s the equivalent of one six-ounce chicken breast.

To determine whether or not you’re getting too much protein, simply calculate your body’s requirement based on your lean body mass, and write down everything you eat for a few days. Then calculate the amount of daily protein you’ve consumed from all sources.

If you’re currently averaging a lot more than what is optimal, adjust downward accordingly. The following chart provides a quick overview of how much protein is in various foods.

The Importance of Mitochondrial Biogenesis

Healthy mitochondria are at the core of staying healthy and preventing disease. Mitochondrial damage can trigger genetic mutations that can contribute to cancer, so optimizing the health of your mitochondria is a key component of cancer prevention. Autophagy is one way to remove damaged mitochondria, but biogenesis is the process by which new healthy mitochondria can be duplicated.

Interestingly, exercise plays a dual role as it not only stimulates autophagy but is also one of the most potent stimulators of mitochondrial biogenesis. It does this by increasing a signal in your body called AMPK, which in turn activates PGC-1 alpha.

By activating your body’s autophagy process, you dampen inflammation, slow down the aging process, and optimize biological function.

By stimulating  your mitochondria — the organelles in nearly every cell that produce ATP — to work harder, your mitochondria start making reactive oxygen species (ROS), which act as signaling molecules. One of the functions they signal is to make more mitochondria.

In essence, the key to preventing disease — virtually  eliminating the risk of cancer, heart disease, diabetes, many other diseases — and  slowing down the aging process lies in  optimizing mitochondrial function and increasing mitochondrial numbers. Thankfully, exercise helps you do both.

To Boost Autophagy, Switch to a High-Fat, Low-Carb Diet

Nutritional ketogenesis is a third strategy that will help boost autophagy, and to accomplish that, you need to cut down on the non-fiber carbs and increase the amount of healthy fat in your diet, along with a moderate amount of protein. (Many Americans tend to eat far more protein than they need, which will counteract your efforts to get into nutritional ketosis.)  According to Champ:

“Ketogenesis is like an autophagy hack. You get a lot of the same metabolic changes and benefits of fasting without actually fasting … Between 60 and 70 percent of one’s overall calories should come from [healthy] fat … Protein makes up 20 to 30 percent of calories, while carbs are kept below 50 grams per day …  Similar benefits have been noted in people following a diet in which carbs didn’t exceed 30 percent of their overall calories.”

Most Americans consume harmful fats like processed vegetable oils, which will invariably make your health worse. Not only is it processed, it’s very high in omega-6 oils, and excess omega-6 fats will integrate into the inner mitochondrial membrane and become highly susceptible to oxidative damage, causing your mitochondria to die prematurely.

It is best to keep omega-6 fats consumption to less than 4 to 5 percent of your total daily calories Replace the omega-6 fats with healthy fats-  such as natural, unprocessed fat- found in real foods such as seeds, nuts, real butter, olives, avocado, or coconut oil.

It’s also important to make the distinction about which carbs we’re talking about when we say “low-carb,” as vegetables are “carbs” too. However, fiber carbs (i.e. vegetables) will not push your metabolism in the wrong direction — only the non-fiber ones will (think sugars and anything that converts to sugar, such as soda, processed grains, pasta, bread and cookies, for example).

Even more importantly, the fiber is not broken down by sugar but travels down the digestion system, is consumed by bacteria in your intestine, and converted to short chain fats that actually improve your health.

If you look at the nutrition facts on a processed food package, it will list total carbs, and again, that’s not what we’re talking about. To calculate the dangerous non-fiber carbs, simply subtract the grams of fiber from the grams of total carbohydrate in the food in question. Remember, you do need carbs, but you need most all of them from vegetables, which are also high in fiber.

Health and Longevity Are Rooted in Mitochondrial Function

The take-home message here is that your lifestyle determines your fate in terms of how long you’ll live and, ultimately, how healthy those years will be. For optimal health and disease prevention, you need healthy mitochondria and efficient autophagy (cellular cleaning and recycling), and three key lifestyle factors that have a beneficial effect on both are: