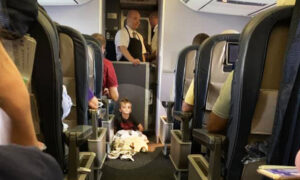 Mom Panics on Airplane When 4-Year-Old With Autism Has Meltdown, but Passengers, Crew Save the Day
0
Share Now
TelegramFacebookTweetEmailTellMeWeReddit
Copy Link 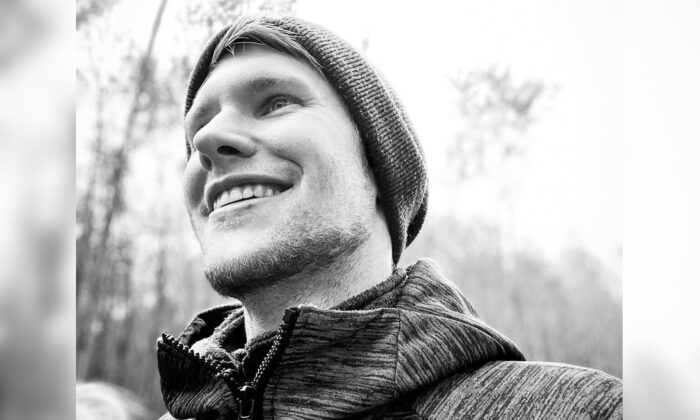 Autistic Man Writes Open Letter to Abusers Who Bullied Him as a Teen: ‘You Haven’t Beaten Me’

Cambridge resident Joe Plumb showed true bravery and resilience this month by responding to those who had bullied him throughout his life, stating that they had not beaten him.

In a twist on what you might expect, however, the personal reply, published in the Metro newspaper, to which he contributes, actually thanked the bullies for making him the person he is today.

Joe, 23, an award-winning public figure, charity ambassador, and regular TV/newspaper contributor, wrote “I want to say thank you to my bullies. Yes, you read that correctly.”

Joe knows a lot about bullying, through personal experience, and has faced many difficulties in life. He decided to publish his post during Anti Bullying Week this year.

From as early as age 3, Joe knew he was “different”: scared and timid, getting angry at himself, and suffering social anxiety.

“My peers noticed the subtle differences. They didn’t seem to want to talk to or interact with me and I received verbal and physical abuse,” he wrote.

Though the bullying led to his lowest ebb and multiple attempts to take his life, Joe believes that he wouldn’t be where he is today without the problems he’s faced.

He states profoundly that “Honestly, I wouldn’t change a thing.”

Previously labeled “badly behaved,” Joe was diagnosed with autism at age 6. However, he didn’t really understand, and simply considered himself “weird and a failure.”

Over time though, he became relieved to finally have an explanation for being different.

The autism spectrum varies dramatically. Some have difficulty with communication and social skills, while others may not communicate at all, or struggle with emotions.

Joe’s autism was “low” on the spectrum, but this made school more difficult, as he didn’t get the additional support afforded to others.

“My autism was mild enough to prevent me receiving additional support or understanding, but not so subtle that others didn’t pick on me for it,” he noted.

At times, he wished the autism was more severe so he’d have received more assistance.

“During secondary school, I was beaten up, cyber-bullied and even received death threats,” he shared. “I started to skip meals and purge because of the remarks people made about my looks.”

Not wanting to burden his parents, Joe started to self-harm.

This was a real low point, and he noted, “With no means of escaping the misery, I tried to end my life.”

Eventually diagnosed with bipolar disorder, he was put into the care of a psychiatric hospital for nearly three years.

While initially feeling “suffocated,” he eventually found some security amongst those who didn’t judge him.

After those three years, he was placed into care. He remembers the separation from his family as particularly tough. “I had so many violent outbursts that the police had to attend on numerous occasions,” he said.

He received psychological and psychiatric therapy, which helped rid him of some bottled-up emotions, but leaving to be independent at 18 was both exhilarating and terrifying.

“Eventually I got to a point where I knew I had to dig deep, so I kept telling myself ‘I can do this,’” he wrote.

He now sees that being bullied gave him that fighting spirit to survive and achieve.

Aged 12, he volunteered to help others and even started his own antibullying campaign and nonprofit organization, Stand Up Speak Out. That campaign went viral, with celebrity support, and he was awarded a Princess Diana Award, which recognizes outstanding achievements of young people.

Today, he is an ambassador for the National Children’s Charity Kidscape, an organization that helped him so much when he was younger.

Joe suffered terrible bullying and could have easily died. However, despite the occasional traumatic flashback, he considers himself stronger than ever.

He doesn’t condone the bullies’ actions, but he doesn’t hold a grudge, even understanding their motivations. The blame, he thinks, lies with the ongoing lack of education around mental health.

Older and wiser, he now actually sees his autism and other diagnoses as his “superpowers.”

“My bullies didn’t beat me—they lost. I will continue to help others, and fight every battle that comes my way,” he concluded.